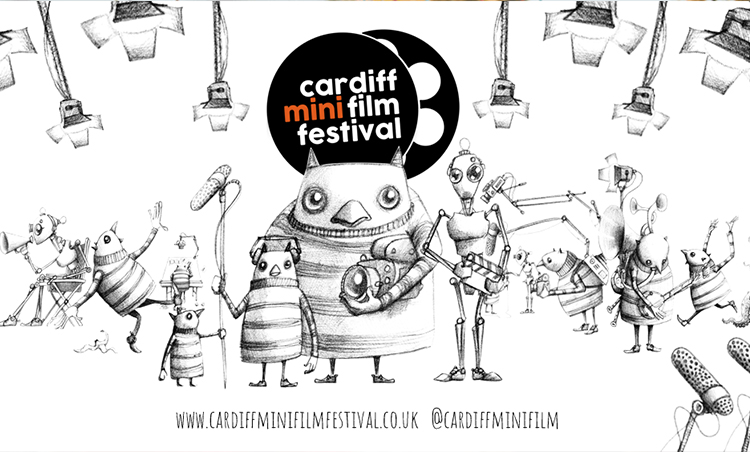 Cardiff Mini Film Festival will be bringing the horrors

Cardiff Mini Film Festival is coming next month and, as if we weren’t excited enough already, it will now feature a special screening of George A. Romero’s horror classic Night of the Living Dead. The film will be shown on June 23 during the festival’s Twisted Tales Night, in a shopping unit beneath Cardiff’s Capitol Shopping Centre. Just thinking about it is giving us chills.

Hosted by Abertoir, the Twisted Tales Night is going to be a treat for horror fans. The evening will include ‘some dark, weird and just plain unsettling shorts with a sprinkling of gore and things you probably shouldn’t laugh at. Expect added zombies, gory make-up demonstrations – along with a bar and nacho & Taco stand’.

The screening of Night of the Living Dead will be one of the highlights of the festival. Audiences didn’t know what had hit them when the film was first screened in 1968. Even by modern standards it isn’t for the faint-hearted. Made on a shoestring budget the film went on to scare the world twice over, becoming one of the influential horrors ever made, spawning a further five Dead films and establishing George A. Romero as a true cinema and horror legend.

Cardiff Mini Film Fest has been running since 2012 and is designed to support and promote talented filmmakers who may not have a Marvel-size budget but have stories that will make you marvel. Every year actors, musicians, directors and all manner of creative types attend the festival and give advice to anyone looking to start a career in the film industry. This year’s festival will be taking place on 22-24 June.

252 films will be screened across the weekend including 246 short films and 6 features. Highlights of the festival include a screening of welsh-made short, Neckface, written by Sian Harries (Writer of Man Down), starring Isy Suttie (Dobby in Peep Show), this event will feature a Prosecco reception and Q+A with executive producer, Tracy Spottiswoode (Development Executive of I Am Not A Witch). Other highlights include the screening of welsh-made feature films, Canaries and British Winters, both including Q+A’s with the producers.

The festival will culminate in an awards ceremony that will see 26 awards handed out to the best films. These films have been judged by credible figures in the industry including, Philip John (Director of Downton Abbey, Being Human and Moon Dogs), Lenny Abrahamson (Director of Once, Begin Again and Sing Street) and Sian Harries (Co-writer of Man Down). The most coveted award will be the Audience Choice Award, which will see attendees being able to vote for their favourite film. The team of the winning film will then win £500. Other prizes on offer will be a prize package worth over £6000 for the winner of the Pitch Competition, the competition will involve filmmakers pitching a future film idea to a panel of judges, the winner will receive a prize package that includes £1000 worth a of post production from Gorilla, a complete Adobe Creative Cloud package worth £600, and 2000 square foot studio space equipped with lighting, cameras, green screen, space for building sets, edit suite and sound studio over 3 days from Digichemistry, worth £5,000. Everything someone could need to get their next short off to a flying start!

To get involved with the pitch competition, email: info@cardiffminifilmfestival.co.uk

Carolyn Bronwell from FOR Cardiff said:

“We’re so pleased to be supporting a celebration of new filmmaking talent in Cardiff, and the special events that the festival has lined up for the wider public. Cardiff is a vibrant city with a lot going on and the festival has really added something special to its events calendar”

In a bid to showcase the best of Cardiff and also an alternative view of Cardiff, the festival is taking over bars, arcades and empty shop units providing a unique experience of viewing films. The festival will welcome filmmakers from across the globe to the festival but the doors are also open to the public.

“We’ve got a lot of films on this year with wide appeal and we hope to attract more of the public to our festival with some truly special experiences that will not be repeated. We’re always taking on different venues every year so no festival is ever the same, but this year we’ve managed to work with the Duke Street and High Street Arcade, Capitol Shopping Centre and Morgan Quarter to utilize their empty retail units to provide a unique viewing experience”, said festival director, Jody Tozer

The King and I comes to the Wales Millennium Centre