Author It's On Editorial 440 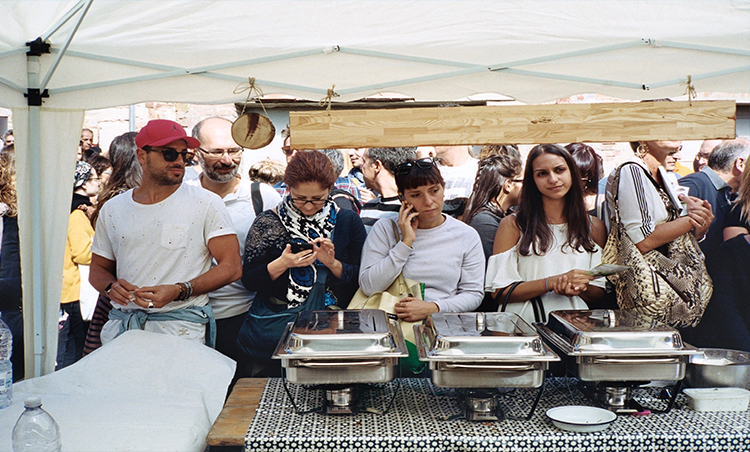 Some of  Cardiff’s finest food producers, suppliers, chefs and creators are getting together for a one day-festival this summer called Bite!

Phill Lewis, chef and co-owner of award-winning restaurant Dusty Knuckle, has teamed up with Simon Thomas (previously of Street Food Circus) to create a new kind of food festival in Cardiff this summer.

Unlike many of the city’s existing foodie events, there’ll be no fast food, no food trucks and no entrance fee. Instead, the focus will be on the provenance and quality of the food on offer, and the skill of the chefs and producers who work with it day in, day out.

The one-day festival – called ‘BITE’ – will take place in the lush gardens of Insole Court mansion in Llandaff on Saturday 14thJuly.

Chefs and producers confirmed to take part so far include;

Every chef / producer has been tasked to come up with a dish that is completely unique to the festival, and each will cost no more than £3.

Wrights Wines – who recently opened a natural wine shop and café on the balcony in Cardiff’s Castle Arcade – will also be selling a variety of organic and natural wines by the glass.

More chefs and producers will be announced in the coming weeks.

The inspiration for a new kind of food festival came from Phill’s experience cooking at the Dit’Unto food and wine festival in Tuscany last year.

Phill explained, “I loved cooking in a country where everyone is really interested in what’s in their food and how it’s made. I wanted to bring some of that spirit and passion back to Cardiff, and as soon as I talked to a few other chefs, I knew that the appetite was here to make it happen.”

Phill also wants to make the BITE festival as eco-friendly as possible and set a standard that he hopes other food and drink events in the city will follow.

“There will be no plastic packaging at BITE; every chef taking part has agreed to use eco-friendly and sustainable packaging instead. We’re also going to have staff sorting the recycling on-site, so that nothing will go to landfill. It’s something we really want to champion, and hopefully set an example of how an event like this can be done as sustainably as possible.”

Author It's On Editorial 777
The Depot family festival will take place at its new  home in the grounds of Cardiff Castle on the 2nd June Organisers from Cardiff...
Read More