Author It's On Editorial 411 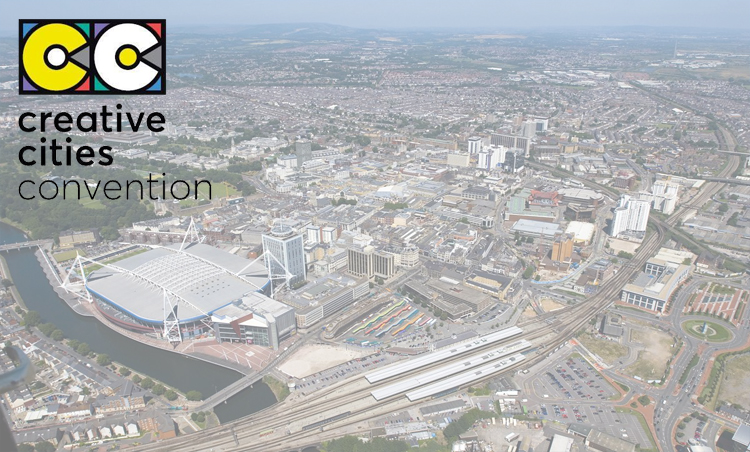 Cardiff beat two other shortlisted cities, Bristol and Glasgow when pitching to host next year’s event during the inaugural 2018 convention which took place in Leeds last  April.

Leaders and commentators from creative industries, including heads of TV , are this week in Yorkshire as part of the Creative Cities Convention.

C C Convention announced the winning city in a tweet this morning.

We’re very excited to announce that #Cardiff is set to host the 2019 Creative Cities Convention! The enthusiasm and energy from @cardiffcouncil and @Boom_Cymru proved that the city will make a brilliant host for next years’ convention. A huge well done to all involved. pic.twitter.com/IisnHmTJQC

The Creative Cities Convention is a joint collaboration between the BBC, ITV, Channel 4, Channel 5 and Pact, a real statement of intent at a time of great change for anyone working in the business of digital content creation across the UK.

The convention will celebrate the richness and diversity of talent and the growth of global production across the UK, consider how the Government’s new industrial strategy can benefit the creative industries outside London and reflect on Channel 4’s brand new plan for increasing its contribution to the nations and regions.

They will also be asking how regional investors and local producers can learn to speak the same language so they can grow creative media production together. Our industry’s next-generation talent will have their say too.

Cardiff Council Leader, Cllr Huw Thomas said: “This is great news for Cardiff. At short notice, the Council and the city’s creative sector rallied together to deliver a pitch that showcased the amazing television and film content being produced here, underlining our status as a nationally-significant creative hub.

“It shows that the industry recognises Cardiff as a major player in this sector and we hope winning the Convention will give Channel 4 even more reason to look at the Welsh capital as an ideal home for their new HQ.”

Ruth Pitt, Director of Creative Cities Convention, commented: “The whole Big City Challenge panel was really impressed with Cardiff’s bid. The enthusiasm and energy from the Cardiff team, combined with the fact that the bid is backed by the public sector, proved that the city is really dedicated to the cause and will make a brilliant host city for next years’ convention. The first Creative Cities Convention in Leeds was a huge success and kickstarted vital conversations about how we can make our industry more representative of the UK population. We can’t wait to carry on the conversation in Cardiff next year.”

Cardiff’s creative sector employs 15,000 people and contributes over £1 billion to the economy. As well as being home to some of the country’s biggest broadcasters, Cardiff also supports a strong independent scene that draws on a highly-skilled workforce supported by the city’s universities.

Cllr Thomas added: “What really sets Cardiff apart is the unique collaborative spirit of the city’s diverse creative community, which fosters strong links between our education system and the industry. We want the Creative Cities Convention to unleash that spirit and we look forward to welcoming our media colleagues from across the UK so that we can share and listen to their achievements whilst showcasing the extraordinary broadcasting and production happening in Cardiff right now. Winning the pitch for the 2019 Convention is a huge vote of confidence in Cardiff’s creative sector, and gives us encouragement as we look to grow the industry, for example by bidding to be the new home of Channel 4. I’d like to place on record my thanks to all who helped make this happen.”

This year’s convention in Leeds was hosted by journalist and broadcaster Kirsty Wark and featured a range of top industry speakers including Channel 4 Chief Executive Alex Mahon.

Dates for the 2019 convention will be announced in the autumn.

Keep up to date with the C C Convention – www.creativecitiesconvention.com

STORMZY confirms rescheduled Cardiff date – how to get tickets

The Man Engine is coming to the Cardiff Stopover village

The UK is set for a three-month heatwave