Author It's On Editorial 266 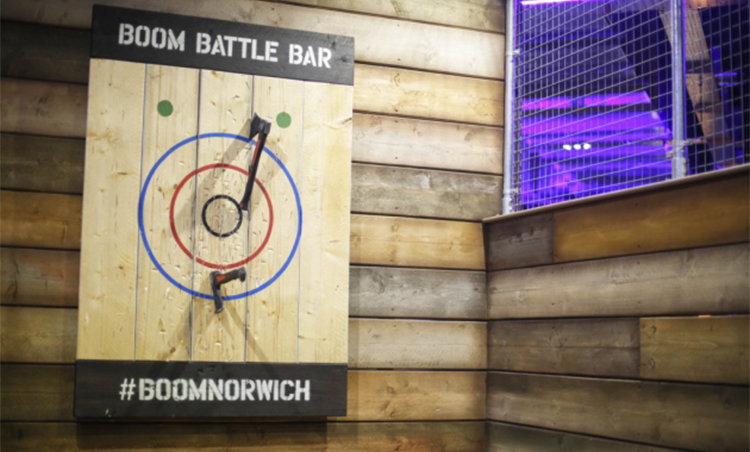 Boom: Battle Axe Throwing bar has announced plans to move inside the brewery quarter this autumn with a host of other Bavarian bar games.

An amazing brand new and unique entertainment venue, which includes real-life axe throwing, is to open in the Old Brewery Quarter in the City centre in the Autumn this year.

Boom: Battle Bar will create 25 new jobs and whilst it’s not the first axe-throwing bar in Cardiff, it will be the first of its kind offering a range of activities including electronic darts, beer pong, VR experiences, ping pong, 9 holes cryptic crazy golf, bar billiards,hammerschlagen, several 20ft shuffleboards and arcade games under one roof. 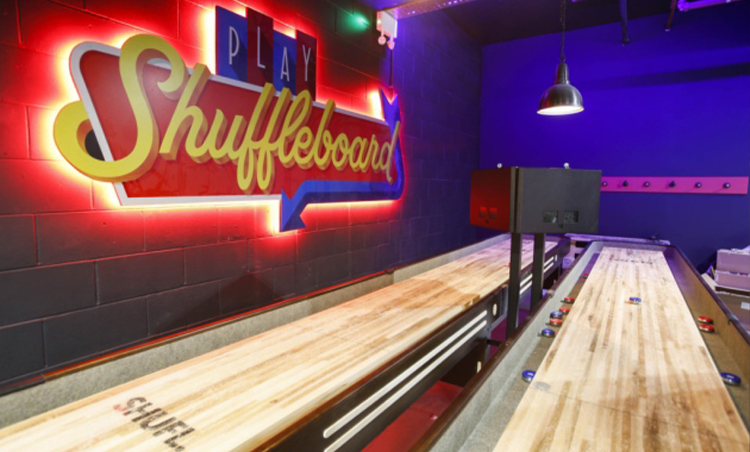 The urban-themed bar is in Cardiff’s bustling old brewery quarter, situated in the previous Chiquitos and Sticky Fingers eaterie and stretches over 12,500 square foot across. It will include a large outside bar and seating area, where big screens will be situated to catch all your sports while in-between battling it out in the bar. Sensibly, there’ll be a no booze-before-lobbing-potentially-deadly-weapons policy in place and the 90-minute throwing sessions starts with a safety briefing and will be supervised by a coach at all times. When in full swing, the venue will hold a capacity of up to 300 people, giving customers a wide range of activities to experience.

The venue is being opened by James Wilson, the franchisee of the Boom: Battle who said:

“We are absolutely thrilled to be opening soon and be a part of this special and completely original project.

“It will be the second Boom: Battle Bar in the country  to open and we’re so proud it’s in Cardiff. It’s a totally awesome venue, a huge first for the City and all the residents.”

He added:”Boom: Battle Bar has it all, brilliant social activities as well as bringing new games to the City centre.

“I predict this will be the number one place in Cardiff to socialise and host group events. The floor space is amazing, I’ve never seen anything like it.”

” We can’t wait  to welcome guests from all over Wales.”

Bristling with the latest technology in a cool, bar environment, the bar even has a big screen for the latest sports events. It will serve a range of street food, as well as an extensive range of craft beer, IPAs, spirits and cocktails as well as a special bespoke ‘Boom Battle Beer’ on tap, plus a large selection of non-alcoholic beers, gins, and ciders are also available.

Boom battle Bar is a nationwide franchise with sites already lined up to take the franchise around the UK; including London, Oxford, Swindon, Newcastle, Manchester and Hull later this year. For more information visit

A Funfair Has Opened Down Cardiff Bay

Call out to artists in Wales: Chapter Arts Centre Commission

A Funfair Has Opened Down Cardiff Bay