Author It's On Editorial 449 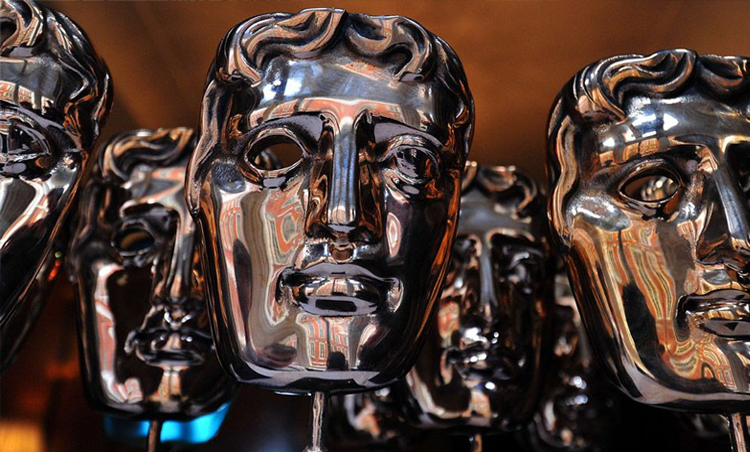 The British Academy of Film and Television Arts (BAFTA) in Wales, BAFTA Cymru, has announced the nominations for BAFTA Cymru Awards, honouring excellence in broadcasting and production within film and television in Wales and His Dark Materials leads with nine nominations.

This year Awards will be presented across 21 craft, performance and production categories in film and television as well as a special award for outstanding contribution to the international film and TV industry. Details of this year’s special award recipient will be announced on 8 October.

Angharad Mair, Chair of BAFTA Cymru, said: “We are proposing a very different ceremony in terms of format this year, but when it comes to the creative work celebrated, this is the pinnacle of another fantastic year of production. This year has not been easy for the television and film industry, but we have continued to offer support for those working in our industry. We wanted to honour those who have worked in the creative industries, despite the challenges we have all faced, and look forward to celebrating with the nominees and winners. I am personally really pleased that 20 individuals on the list have received their first nomination, as recognising and shining a light on new talent is an important part of BAFTA’s work. I also wanted to take this opportunity to thank the jurors and chairs who we were mindful, as always, to ensure represented a diverse and experienced group from across the UK.”

BAFTA Cymru has confirmed that the process again this year was for all entries received from production companies, broadcasters and individuals to be reviewed by BAFTA members before being considered by industry juries who selected the nominees and winners. Entries received were for the period between 1 April 2019 and 31 March 2020.

His Dark Materials leads this year with nine nominations. The series is nominated for Television Drama while actors Dafne Keen and Ruth Wilson are nominated for Actress, with Keen receiving her first nomination for her role as Lyra Belacqua.

In the craft categories, the series receives nominations for Costume Design for Caroline McCall, who has previously won a BAFTA for her work on Downton Abbey; Make Up and Hair for Pamela Haddock and Editing for Niven Howie and Stephen Haren. The series receives a double nomination for two episodes in the Photography and Lighting: Fiction category for Suzie Lavelle, for episode 3, and David Higgs, for episode 8, as well as a Production Design nomination for the BAFTA-winning Joel Collins.

Feature film Eternal Beauty, shot on location in South Wales, has received five nominations – for Actress for Sally Hawkins and Costume Design for previous winner Sian Jenkins, with a first-time nomination for Director Fiction for the film’s writer/director Craig Roberts, Editing for Stephen Haren, who is also nominated for the first time for His Dark Materials, and previous winner Tim Dickel for Production Design.

BBC One Drama The Left Behind, which was filmed in Cardiff, also receives five nominations including for Television Drama and sees newcomer Siôn Daniel Young receiving his first nomination for Actor, Alan Harris for Writer and BAFTA winner Joseph Bullman for Director: Fiction. The final nomination is Hair and Make Up for Jill Conway, who receives her first nomination.

2019 winner, In My Skin, receives four nominations – for Writer for previous Breakthrough honouree Kayleigh Llewellyn; Director: Fiction for Lucy Forbes, both of whom are nominated for the first time. The series is nominated once again in the Television Drama andin the Actress category for previous winner Gabrielle Creevy.

Additional nominees in the Actor category are 6-time nominee Rob Brydon for his role in Sky’s The Trip to Greece; three-time BAFTA winner Jonathan Pryce for his role in The Two Popes and his co-star for the film, Anthony Hopkins, who receives his twelfth nomination.

The other nominees in the Writer category are Russell T Davies, who receives his 20th nomination for Years and Years, and first-time nominees Hanna Jarman and Mari Beard for S4C series Merched Parchus, who also receive nominations in the Breakthrough category.

The ceremony will be broadcast on BAFTA’s Facebook and YouTube channels at 19:00 GMT on 25 October 2020 and will be hosted by Alex Jones, the television presenter, for the first time.

Alex is one of the UK’s best loved TV presenters and has co-hosted The One Show, BBC One’s flagship magazine show, for 10 years. Alex began her career as a television researcher in her native Wales before moving to the other side of the camera with her first presenting job on BBC Choice. Alex then joined S4C as a presenter on the singing programme Can i Gymru (A Song for Wales) and went on to front a variety of children’s, sports and travel programmes.

Alex Jones said “The Welsh media industry continues to go from strength to strength and I am really looking forward to working with BAFTA on an exciting new format of ceremony to celebrate those creatives who are excelling in their craft, performance and production fields.  The ceremony will also be an opportunity to inspire those with an aspiration to follow in their footsteps and I’m really pleased to see the variety of nominations listed across drama and factual production.”

The ceremony will feature award presenters representing the best of the UK’s creative and media industry talent.

The Specials announce 2021 UK tour, with a stop in Cardiff