Author It's On Editorial 502 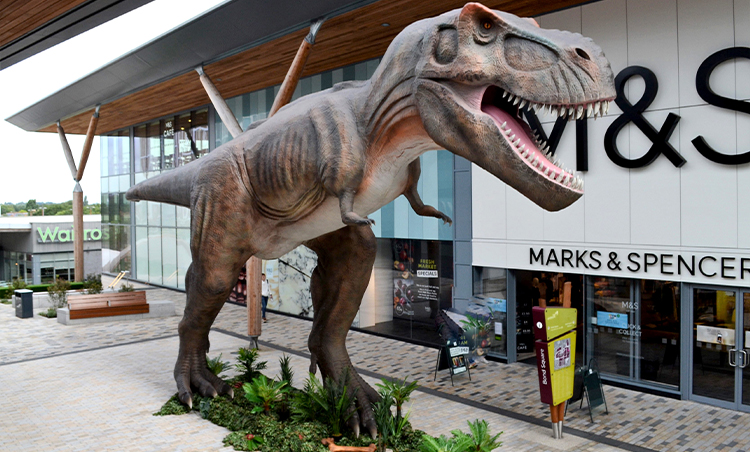 The UK’s largest animatronic T-Rex will be on display into Mermaid Quay in Cardiff Bay, from 8 – 23 February 2020.

Dubbed Quay-Rex, the 18 metre long and 5 metre tall life-like dinosaur features a moving head, tail, eyes and arms as well as a terrifying roar.  It will fill up most of Tacoma Square – in the heart of Mermaid Quay – and it’s head will be as high as the terrace level.

Mermaid Quay centre manager Simon Whiting said: “We’re really looking forward to playing host to the enormous Quay-Rex – it promises to be a huge draw, attracting visitors not just from the Cardiff area, but way beyond, as well as possibly scaring and surprising a few passers-by.  Don’t forget your phones and cameras, you won’t want to miss this!“Following a series of really successful LEGO brick installations in Tacoma Square, we wanted to do something different this half term and Quay-Rex definitely fits the bill!   But LEGO brick lovers shouldn’t despair, we’re planning another great installation at Mermaid Quay later in the year.”

Quay-Rex will be free to view.In addition to Quay-Rex there will be an dinosaur ride for kids; T-Rex merchandise on sale and other fun dino-themed competitions and activities.     Further information will be on the Mermaid Quay website and social media channels shortly.Gary McCall, chief executive of Banana Kick, the company that is supplying the dinosaur, added: “We’re becoming specialists on the planning, delivery and promotion and giant animatronic dinosaurs in the UK, and we’re delighted to be working with Mermaid Quay to bring this beast to Wales for the first time.  And, what a wonderful location right on the waterfront!”
Preview post