Author It's On Editorial 474 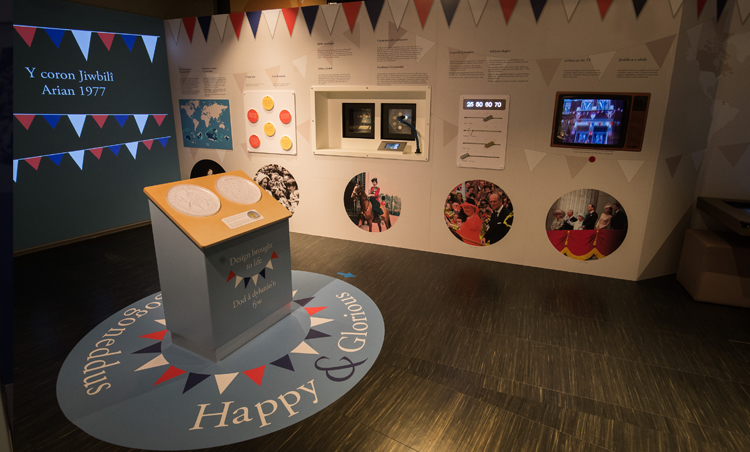 The Royal Mint Experience has unveiled a brand-new exhibition celebrating Her Majesty’s Platinum Jubilee, holding artefacts dating back to the Victorian era

The Royal Mint Experience in Llantrisant, South Wales, has unveiled a brand-new exhibition to celebrate Her Majesty the Queen’s Platinum Jubilee through coins, medals, and sketches from her reign as the first British monarch to ever reach this milestone.

To celebrate this once in a lifetime moment, The Royal Mint Experience will display a number of unique artefacts to the public for the first time including the 1935 Silver Jubilee crown issued during the reign of King George VI. This was the first modern commemorative coin issued by The Royal Mint and features the intricate ‘George and the Dragon’ design.

The exhibition officially opened on 6th February, the official day of the Queen’s ascension to the throne, when The Royal Mint Experience welcomed over 800 guests to mark the special occasion.

The exhibition will also house a selection of Jubilee medals, Jubilee commemorative coins, sovereigns, and the original artwork and sketches behind the 2022 Platinum Jubilee coin issued this year.

Visitors can also strike their own Platinum Jubilee 50p during their tour as a memento during their visit. The reverse (tails) of the coin will feature a design by the award-winning design agency Osborne Ross, whilst the fifth definitive coinage portrait of The Queen will appear on the obverse (heads).

“It was a joy curating this temporary exhibition and it has provided a wonderful opportunity to explore the history and evolution of Royal Jubilees. Thanks to Her Majesty The Queen’s unprecedented reign, Jubilees have been a regular occurrence in recent years. Historically, however, they are rather few and far between with only a handful of British monarchs reigning long enough to celebrate such a milestone.

The Royal Mint Museum houses coins and medals produced by the Mint in association with Royal Jubilees and many examples of these are displayed as part of this special exhibition. In addition, the Museum also keeps all original artwork and the drawings by John Bergdahl for the 2022 Platinum Jubilee commemorative coins can be seen on display.

There is also a beautiful light projection which explores the meaning and symbolism in the intricately designed, and hugely popular, 1977 Silver Jubilee crown. This will be added to over the coming months and, for the summer celebrations, light projections of all the major Jubilee crowns of The Queen’s reign will be included.”

“The Platinum Jubilee is a landmark celebration for The Royal Mint; our coins have held portraits of reigning Monarchs dating back 1,100 years.

“This exhibition is a wonderful opportunity for visitors to appreciate the reign of Her Majesty the Queen, and to see first-hand our long-standing tradition with Jubilee celebrations.

“The commemorative coins released this year to mark the occasion will eventually become pieces of history themselves, capturing the celebrations of this unique milestone for Her Majesty the Queen as the longest reigning British monarch.”

The Royal Mint Experience has some of the most unique and rare coins in British history on display, providing visitors with a unique look back in time through the coins and memorabilia through its history.

The visitor centre has been ranked in the top 10% of attractions worldwide for customer experience by TripAdvisor for the past two years and welcomes over 100,000 visitors annually.

To find out more and to book tickets, visit www.royalmint.com/experience

A summer night at Cardiff Castle with:  Catfish & The Bottlemen