Author It's On Editorial 425 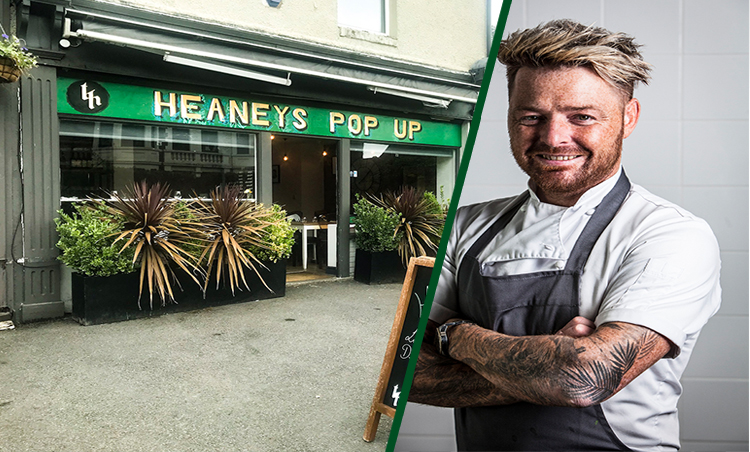 After successfully raising £40,000 via a publicly funded Kickstarter campaign, work on the interior of his new restaurant is now well underway; when finished it will have a modern and semi-industrial feel, complete with exposed brickwork and local art, and a few elements of decor custom-made especially for the new Cardiff venue.

Along the back wall of the 50-cover restaurant a brand-new bar area will offer standing room for 30 and seating for eight, the idea being that people can pop in for a casual drink and a light bite or choose to stay for something more substantial.

In terms of the menu, there will be something to delight both casual diners and those who prefer the full restaurant experience; with options to include a range of bar snacks, a small plates menu, a suggested sharing tasting menu and a weekly Sunday roast. Menus will also change regularly depending on the season and availability of local produce.

Tommy explained his vision for the new restaurant, “I wanted it to be the kind of place where I would go to eat; not fine-dining, not stuffy, but somewhere where anyone could come and grab a drink and just eat tasty food.”

We were blown away by the support we received via the Kickstarter campaign and more recently, the support the locals have given us by coming to the pop-up. I’m really proud to be able to say we are doing this without the help of outside investors, but the Kickstarter gave us that massive push to get the ball rolling. We had a budget in mind but in all honesty that went out of the window weeks ago!”

The refurbishment of the restaurant is being managed by Welsh building contractors, DWEP, who say that the space will have a “modern and industrial twist” when completed. DWEP Director Dave Williams joked “Although working alongside a chef who changes his mind every three seconds has proved quite difficult at times, it has been a pleasure to work with both Tommy and Nikki in order to create a dream of theirs and make it happen.”

Tommy added, “I never really wanted to bring in a designer as we had a vision of how the restaurant would look and to be totally honest we couldn’t really afford one. But the staff from DWEP have been absolutely amazing, and we owe a massive thank you to Rhys Wilkinson and Nathan Ruck for doing the night shifts.

Thankfully it’s all starting to come together now, and in a couple of weeks’ time it might even look like a proper restaurant! We just can’t wait to get it open!”

Before the restaurant officially opens to the public, fans of Tommy Heaney’s cooking will be able to watch him in action on their TV screens this autumn, as he will appear on BBC Two’s Great British Menu representing Northern Ireland for the second year in a row.

This year, Great British Menu is paying tribute to 70 years of the NHS, tasking 24 chefs from around the UK to create exceptional dishes for a thank-you banquet to NHS heroes from around the country.

Tommy will go head-to-head against Marcus Wareing’s head chef Shauna Froydenlund, and 2017 National Chef of the Year, James Devine. The three chefs are tasked with preparing a starter, fish course, main course and desert which are then judged by a formidable veteran chef; only two of the three chefs will go forward to the regional final on Friday to be judged by Andi Oliver, Matthew Fort and Oliver Peyton OBE.

To watch Tommy in action and see how he fares against the judges, tune in to BBC Two at 7.30pm from Monday 1st to Friday 5th October.