Author It's On Editorial 787 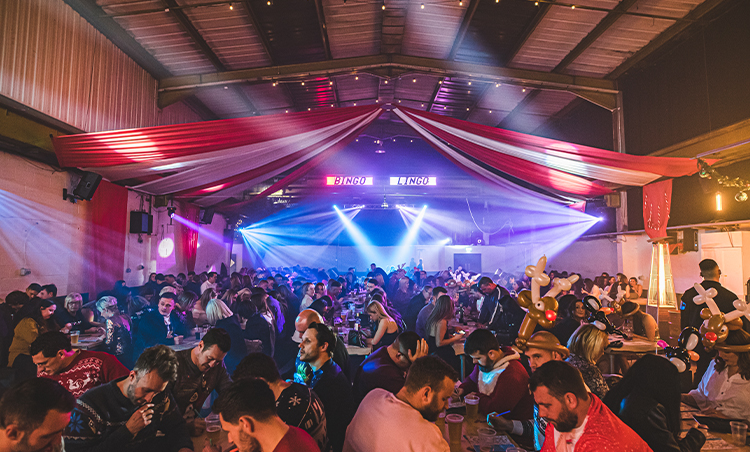 The Depot creative space has announced that it’ll be leaving its current home on Dumballs Road in the New Year for a new bigger venue closer to the city!

Five years after it first opened as a temporary, eight-week pop-up, Cardiff’s biggest independent warehouse events venue is investing £300,000 into relocating to a new city-centre premises.

The DEPOT, who have established themselves as one of the biggest entertainment brands in the city, will cease trading at their current location on at the , and reopen at a new 22,000 sq.ft venue based in a former Lyndons Scaffolding unit on Williams Way, Curran Embankment.

The move will increase the venue’s capacity by 25% with the refurbishment of the new site taking place over the next two months, and will open to the public on 31st January 2020. The new site will include five permanent street food kitchens based inside 20ft shipping containers; as well as an outdoor garden, and a huge 7m x 5m screen for cinema pop-ups, sports screenings and corporate events.

The move to a bigger site will also create 10 new jobs, growing the DEPOT’s team of permanent staff to forty, and allowing the venue to put on more live music and entertainment events.

The DEPOT started life as a pop-up street food venue after being granted a temporary three-month licence in late 2014. It was the brainchild of then 23-year-old Nicholas Saunders, who later gained planning permission for the site to stay open for a further four years.

Since then, the warehouse has been used for a wide variety of events, including food and drink festivals, street food events, vintage fairs, weddings, Christmas parties, Bingo Lingo, immersive theatre productions and corporate conferences; but the site has long been earmarked for demolition as part of the ongoing regeneration plans on Dumballs Road.

Nick Saunders, founder and Managing Director of The DEPOT venue and DEPOT Live brand, is now looking forward to the move to a more centrally-located site. He said:

“Despite starting life as a temporary pop-up, The DEPOT has grown to include a packed portfolio of annual events, established itself as a key part of Cardiff’s alternative night-time economy,  and attracted a tight-knit team of core staff, so we are all extremely pleased to be able to announce its continuation.

We’re really excited about moving into our new, bigger space, closer to the city centre, and all being well, the plan is to have the new site open for business by the end of January – just in time for the Six Nations.

Special thanks have to go to Cardiff Council, who have been incredibly supportive in helping us to find a suitable new home.”

Snow White and the Seven Dwarfs Opens at the New Theatre