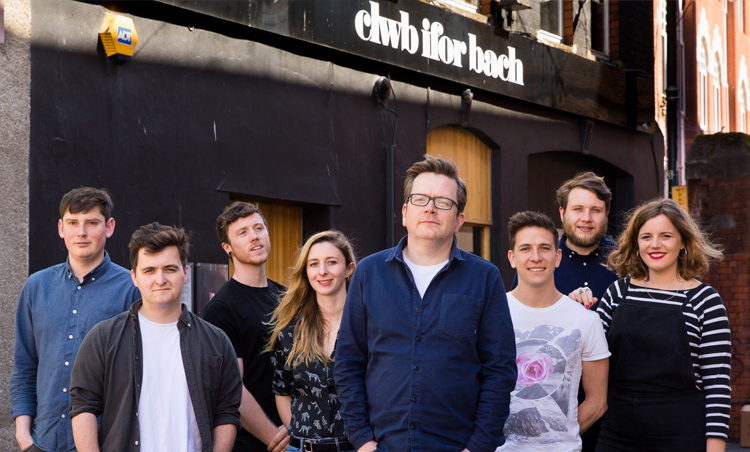 Sŵn Festival returns to Cardiff for another jam packed weekend of live music events in the Welsh capital and beyond. With the likes of Gaz Coombes, Alfa Mist, 77:78 and Queen Zee set to join the line up amongst a further 30 new acts, it’s one not to be missed.

Sŵn has announced the final wave of acts joining this year’s line up at Cardiff’s festival of the year taking place Wednesday 17 – 20 October 2018.

As if the festival couldn’t get any bigger with acts such as Gaz Coombes, Boy Azooga, Drenge, Gwenno, 77:78 and Queen Zee already announced – the final wave brings with it over 30 more awesome acts.

The melodic, DIY aesthetic sounds of The Orielles are welcomed back to Cardiff following a sell-out show in Clwb last February. Part of Heavenly Records, the three teenagers share a love of alternative US bands from the 90s. They will open Thursday’s mammoth gig at The Great Hall with Sheffield’s grunge rock brothers, Drenge and Melbourne’s tough surf pop outfit, Rolling Blackouts Coastal Fever.

Set to play at Jacob’s Market on Friday, Cardiff’s own Darkhouse Family will curate a night full of hypnotic, jazz and dance tunes with all-star crew Bugz in the Attic performing live, as well as Esther and Andromeda Jones.

Welsh indie heroes Estrons have a reputation for their bold, electrifying and unforgettable gigs, which means they’re certainly not one to miss this year. Joining them is Canadian artist Boniface, who unites 80s synth-pop with contemporary 21st century indie-pop to create a rare and electrifying performance.

Adam Williams, Live Manager at Clwb Ifor Bach who have taken over the reins for 2018 said: “We’re over the moon to announce the final wave of artists for Swn Festival 2019.

It’s been 6 months since we were asked to take on running and booking the festival and we’re super happy with what we’ve produced. Now all we have left is to deliver it!

“Sŵn Festival has been a vital part of the Cardiff music calendar for the last 12 years and it’s been really exciting for us at Clwb to build on that success – we hope we’ve created something special and that people continue to enjoy this festival for many more years to come.”

Wristbands for Sŵn are on sale now. For more information and to get your tickets, go to swnfest.com. Follow @swnissound on Twitter.

A Cardiff Pizzeria Has Been Named In The UK Top 10