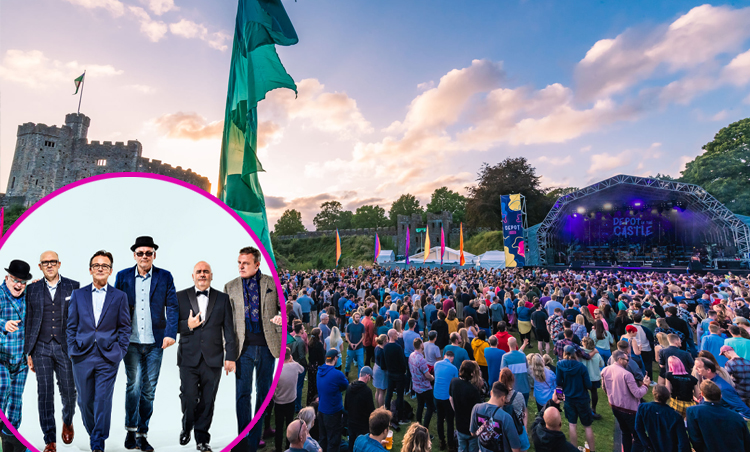 Dig out your baggy trousers Madness will headline the Welsh capital this summer.

The Nutty Boys will play Cardiff Castle this summer.

After waiting patiently for a return to live music, The Camden Town ska icons are finally getting back to doing what they do best – getting everyone together for a raucous live bash. And with a set list teeming with hits from their unrivalled back catalogue, what a night it promises to be.

The Pop icons will arrive in Cardiff the day before their “all-day party” in London to coincide with the Queen’s Jubilee weekend.

Madness famously emerged from the backstreets of Camden Town in the late 70s, and recently released a three-part original docu-series about the beginnings of the band in the area;  Before We Was We: Madness by Madness, chronicles the rise of one of the most loved bands in British culture.

Throughout their career, Madness have had 10 UK top ten albums, 15 top ten singles and have won multiple awards – including a prestigious Ivor Novello.

They’ve performed on the top of Buckingham Palace as part of the Queen’s Jubilee celebrations and set the record for the biggest ever audience for the BBC’s Live New Year’s Eve Broadcast – the most watched TV music event of 2018.

Madness will be brought to Cardiff by DEPOT Live, the live-events arm of The DEPOT – one of Cardiff’s most successful events venues.

Nick Saunders, founder of The DEPOT said: “We are thrilled to be bringing Madness to such an incredible venue, we know it will be a night to remember.”