Author It's On Editorial 135 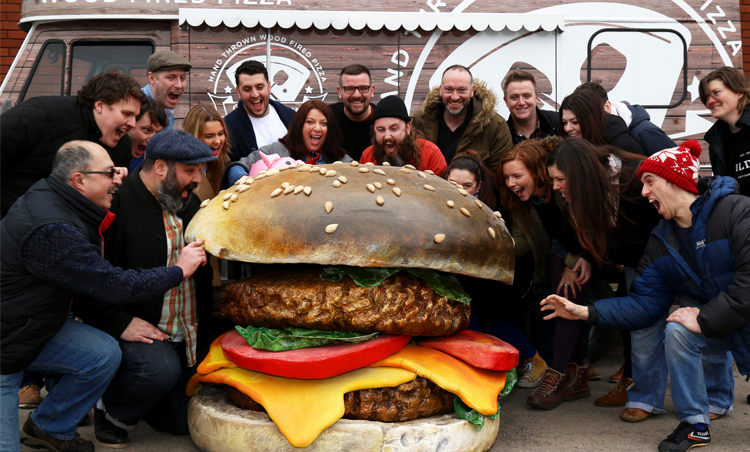 The shortlisted traders will go head to head across the weekend to impress local street food heroes and judges Sam Evans & Shauna Guinn, the duo behind Hangfire Southern Kitchen. Sam & Shauna started out with pub pop-ups and cooked at many of the early Street Food Circus events – they’ve since grown their business to include a restaurant, bestselling cookbook and BBC tv series.

Everyone who books a table and eats from the shortlisted traders over the weekend will also be able to cast their votes for the winners.

Competing for the Welsh Street Food Awards are:

“Street Food is the food people want to eat right now – served up in the way people want to eat it. Informally, in the open air or in big high-ceilinged warehouses. The British Street Food Awards supported by Hellman’s is part of the biggest street food competition in the world – and we always find the best that’s out there. I can’t wait to see what Wales has to offer.

“A British Street Food Award can genuinely change lives. Just look at MEATliquor, who won our awards back in 2009 and now have 12 restaurants – BSFA winners go places!”

The creative team behind Cardiff’s Street Food Circus will be hosting the event at Talbot Gardens – a large backyard site off Cathedral Road in Pontcanna. Matt ‘The Hat’ Lawton, ringleader of the Street Food Circus, is excited to bring the awards to Cardiff:

“2020 has obviously been a rough year for hospitality and like many others we had to put a line through a very full calendar of events we had planned. So it’s brilliant to see the Welsh Street Food Awards going ahead and bringing people together to celebrate the talent we have in kitchens, tents and trucks all over Wales.

“We know people are looking for safe opportunities to get out again and eat great food. Under the cover of our big top, we’ll have everything you’d expect including plenty of space for social distancing, pre-booked tables and online ordering and payment.

“Once again, we’re pumped to be partnering with the Sustainable Restaurant Association who will be compiling the shortlist for the Most Sustainable Trader Award this year, sponsored by Hellman’s. We’re also working with Eighth Plate and NCASS to help us deliver a zero waste awards final,” he said.

Tickets for the Welsh Street Food Awards are now sale at:  https://www.tickettailor.com/events/streetfoodcircus/418686

There are five heats in the British Street Food Awards culminating in a live national cook-off in London judged by the public and professional judges: Central: Nottingham, South: Reading, Wales: Cardiff, North: Manchester and Scotland: Edinburgh.

The PYO Pumpkin patch is back this year!

Author It's On Editorial 347
Image Milk & Sugar Breakfast. The most important meal of the day.   The sweet aroma of coffee, a bowl of loaded porridge, gooey...
Read More