Author It's On Editorial 533 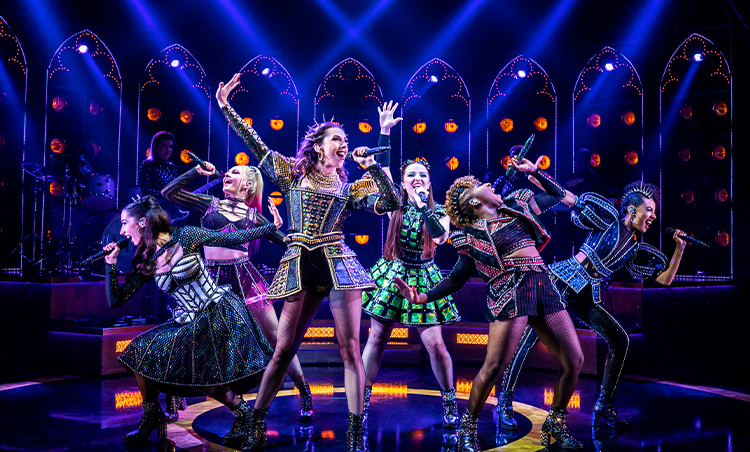 The critically-acclaimed musical “Six,” the electrifying musical about the six queens of Henry VIII, is coming to Cardiff’s Wales Millennium Centre .

A sold-out hit in the West End, on its UK Tour, at the Sydney Opera House and now reigning on Broadway, nominated for five Olivier Awards including best new musical, the sell-out international show SIX is described as the phenomenon everyone is losing their head over!

From Tudor queens to pop princesses, “SIX” tells the story of the six wives of King Henry VIII in the form of an 80-minute pop music concert. The wives take turns lamenting of the trials and tribulations of their marriages to King Henry VIII and debate who has suffered the most and should, therefore, become the group’s lead singer.

Henry VIII’s first wife, Catherine of Aragon tells of her husband’s wish to annul their marriage and put her in a nunnery, purely because he is lusting over someone else. The object of his affections, and his second wife, Anne Boleyn tells of her husband’s infidelity – which leads her to flirt with other men, which cost her her life. King Henry VIII’s third wife, Jane Seymour sings of her true love for her husband, whilst Anna of Cleves sings of King Henry VIII not fancying her enough! Fifth wife Katherine Howard sings of the abuse and trauma she experienced in her marriage to King Henry VIII, whilst Catherine Parr sings of having to abandon her true love, Sir Thomas Seymour, and settle for King Henry VIII because he wanted to marry her.

Remixing 500 years of historical heartbreak into an 80-minute celebration of 21st-century girl power, SIX is a show not to be missed.

These queens may have green sleeves but their lipstick is rebellious red.

Six runs in the Wales Millennium Centre from May 3rd- 14th 2022. General bookings can be made via the WMC website or over the phone.

Tickets for the Cardiff and select tour dates are available below.