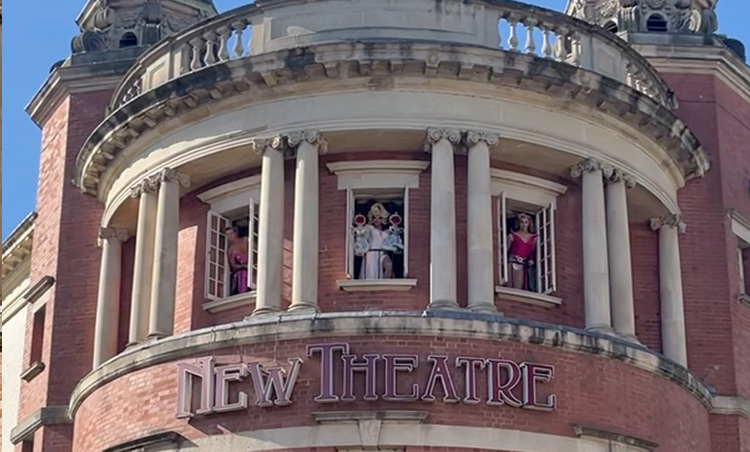 The New Theatre Cardiff reopens to a packed house for Priscilla Queen Of The Desert.

The day has finally arrived for the curtain to rise once again at the New Theatre, and indeed for Wales as a nation. One of the worst affected entertainment industries of the pandemic, the theatre has bided it’s time until this night… and what a night it was!

Priscilla Queen Of The Desert absolutely blew the roof off the New Theatre to deliver a showstopping performance that will save money on the cleaning bill, because the cobwebs built up over the last 18 months have been well and truly blown away. It’s hard to imagine a more perfect start for a very belated 2021 theatre season.

Capitalising on the success of the 1994 film, this Jason Donovan produced musical hit comes out swinging with hits like It’s Raining Men, Finally and Hot Stuff performed by a cast that seems to have never skipped leg day in their lives. The moves these dancers can pull off in 6-inch heels are something to behold, as the choreography was worth the price of admission alone. The show is lighter in plot but packs a punch with each of the main characters having their moment to shine and belt out some classic hits.

Speaking of which, the cast absolutely shone last night, and you could really feel the joy in their performance after so long away from the stage. Edwin Ray, Miles Western and Nick Hayes elevated the show to the royal status it deserves, and their chemistry on stage was palpable making it impossible not to want to join in on their journey and sing along. All of this added to the spectacle as the set design of the whole production was really something to be admired, from the ginormous wigs and heels to the glittery pink final form of the bus Priscilla.

But to be honest one of the best things about the opening night performance was having a packed audience in attendance. Shows like Priscilla often have a special place in the Pride community, which was evident from the number of drag queens and prominent Cardiff pride figureheads in attendance. After so long being stuck away from the limelight, and the tragic closure of Minsky’s Showbar in 2020, Priscilla really felt like it was custom made for the Cardiff crowd and the cities vibrant and beloved Pride scene. Queen or ally, there is no doubt that everyone will find something to love in Priscilla.

In summary, there is no better place to spend an evening this week than at the New Theatre. From the live band to the extravagant sparkly outfits, Priscilla Queen Of The Desert shines as crowning achievement to not only three Queens strutting their stuff and empowering the audience, but also to a community of hardworking heroes who have fought for 18 months to return showbiz to our lives. New Theatre we have missed you, and we cannot wait to see what else you have in store.

Cardiff's Winter Wonderland Is Back This Year!!

Have your creative lockdown moments displayed on a city advertising board.