Author It's On Editorial 595 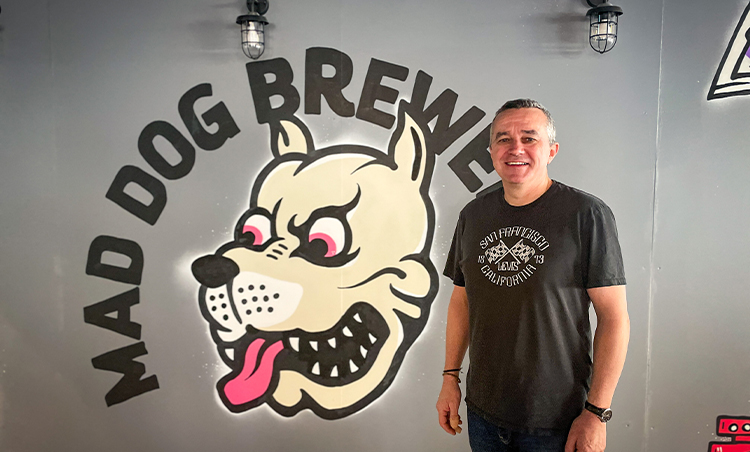 There’s a new dog on the beer block, serving their own beer brewed right here in Cardiff.

There’s a new dog on the block! Mad Dog Brewery has moved into the Castle emporium on Womanby Street.

The Castle Emporium was home to several small independent businesses, which have had to relocate. The business included radical bookshop Shelflife, Khione Vegato and Cardiff Skateboard Club skate shop among others. Now, a new independent business has taken over the castle emporium and the shop on Castle street and is severing a range of beers brewed right here in Cardiff.

Mad Dog Brewing Co, founded in 2014, faced closure at the start of last year and entered administration. Then the business, under new name Mad Dog Brewery Co, was bought on Facebook in May by a father-and-son team Tom and  Tim Waters who have have transformed the two sites into a brewery and Taproom.

The bar will have a seating capacity of around 70 seats but Its main focus will be beer brewed on site, which ranges from easy-drinking pale ales to bold imperial stouts. There will also be guest ales as well as wines and spirits on offer and food cooked by Tim waters who used to work in Hestons Fat Duck restaurant.

They plan to serve food alongside their own beer and live music in keeping with the ethos of Cardiff’s Music quarter.

New Cocktail Bar Is Opening In The City Centre

Author It's On Editorial 367
Read More