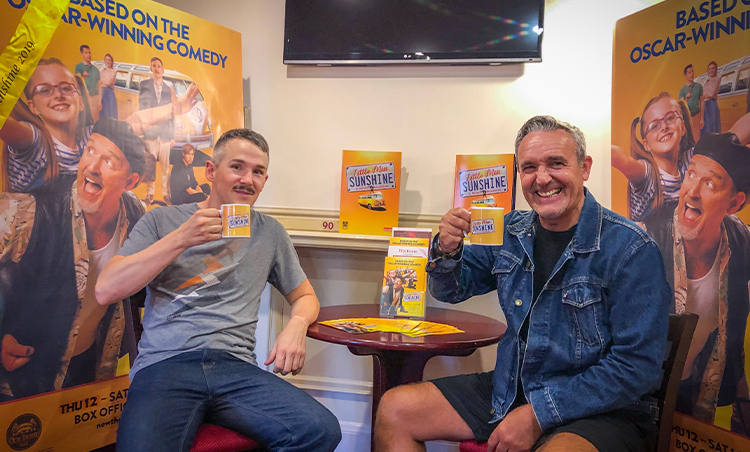 We’re finally here kicking off the autumn season of shows at the New Theatre. But don’t worry… this one’s a ray of sunshine to brighten up any post-summer blues you may be experiencing. Based on the titular Oscar-winning film; Little Miss Sunshine has come crashing into Cardiff this week. Only this time around it’s a musical! Brought to us by the Tony-Award winners William Finn and James Lapine, it’s a must see for anyone looking for some feel–good vibes this weekend in the city.

I’ve got to say it’s becoming a bit of a tradition for me to see some of these shows without having seen the films that first made them famous. This does however mean that I get the joy of experiencing them for the first time in the ever providing New Theatre. What I was not prepared for was the rollercoaster of emotions I was sent on with this production! I wasn’t expecting such difficult topics handled with warmth and comedy, but the ensemble definitely delivered. I may have been premature calling this show ‘feel-good’ earlier in the review (there’s more than a fair share of down moments); but the comedy of the script and timing of the cast elevated the performance to provide wholesome and thoughtful entertainment. 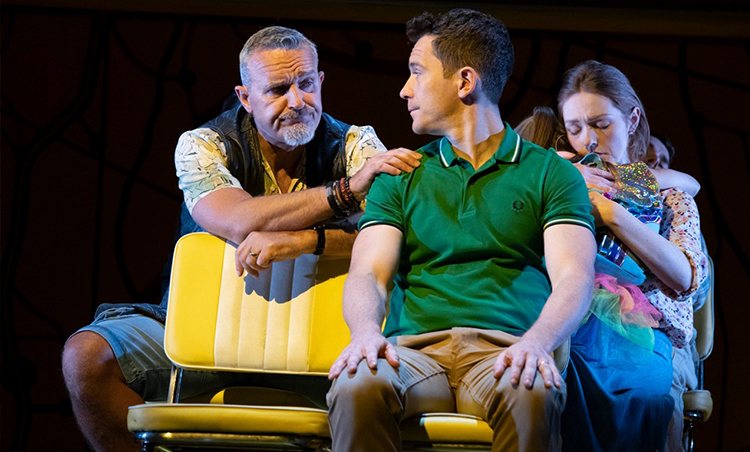 Overall the performances were superb, with a few notable standouts. The experience of theatre and silver screen veteran Mark Moraghan can’t be understated in the role of crass Grandpa Hoover. Highlights for me were always the interactions between Moraghan and Uncle Frank (Paul Keating), who bounced off each other with polished timing and wit which pulled some of the darker topics out into the sunshine.

The superb Olive displayed she is a star in the making tonight! Easily interacting with the adult ensemble and commanding the stage with the experience of an actor who’s been treading the boards for years. If nothing else sells you on seeing this show, then you should at least go along to catch one of the stars of the future wrap the audience up in her stage presence.

The energy of everyone on stage cannot be understated! For anyone who has seen the film, the ‘jumpstart’ scenes especially were fun and transitioned brilliantly to the stage (with the help of a dynamic set and booming band).

I tell you for free though Cardiff… I bloomin love a live band at the theatre! The music throughout was a brilliant edition to the production; it’s always great to see a talented group of musicians who can keep the pace of the production moving along at a whip. Additionally, the fantastic set and choreography also added to the fast pace of the show. The designers should be commended for delivering a visual spectacle, and transforming such a small space to deliver the illusion of a very dysfunctional family road trip.

For a light-hearted take on some of the more serious issues we have to deal with in this world, you can’t go much wrong with Little Miss Sunshine. I had a cracking time and walked out of the theatre with a grin on my face. I also learned the invaluable lesson that you should never try to jumpstart a van with a hernia! I give this production a sunny 4.5 jumpstarts out of 5 old VW campervans. You really can’t go wrong with this heart-warming comedy if you’re in need of some belly laughs and tears (sometimes at the same time!) in the city centre this weekend.