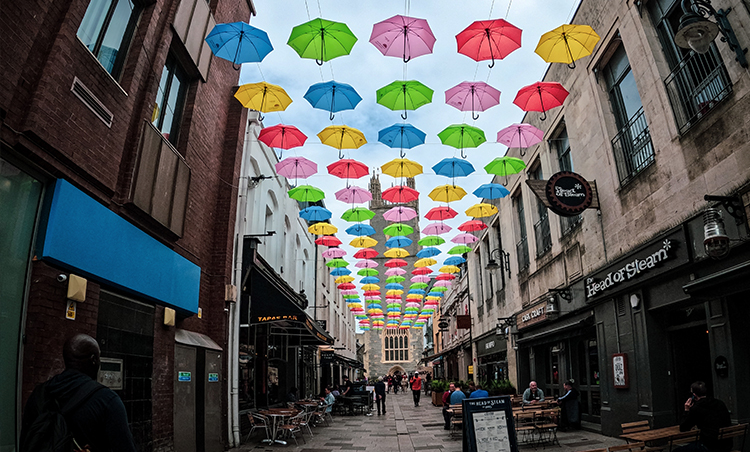 Iconic Umbrella Project comes to Cardiff – what does the Church Street installation look like? What’s it for?

The installation of 200 multi-coloured umbrellas suspended above a the city centre street is to help raise awareness of neurodiversity.

What is the Umbrella Project?

The Neurodiversity Umbrella Project is an uplifting visual representation of all the different minds we have here in the UK.

Now in its 15th year, the ADHD Foundation is the leading campaigner in raising awareness of the one in five people who are neurodivergent. Neurodiversity is the umbrella term for neurological conditions including dyslexia, dyspraxia, dyscalculia, Tourette Syndrome, ADHD and Autism.

Every Umbrella Project installation helps to raise awareness and understanding of neurodiversity. Thousands of colourful umbrellas are strung together over public spaces, in schools, and in company buildings around the nation. Each display is designed to represent the one in five of us who have a neurodevelopmental condition, such as ADHD, Autism, Dyslexia, Dyspraxia, Dyscalculia or Tourette’s syndrome. These conditions fall under the umbrella term of neurodiversity.

People across Wales are being invited to ‘think differently’ about neurodiversity as The ADHD Foundation unveils its Umbrella Project installation above Church street in the  city centre.

For the first time ever, the annual Umbrella Project will launch public installations in Northern Ireland, Scotland, Wales and England.
The project will be on display above Church street from 29th June – October 2022
Preview post

Author It's On Editorial 556
“The Adrian Flux British FIM Speedway Grand Prix returns to Cardiff’s Principality Stadium on Saturday July 22 for its 17th year in the Welsh capital and...
Read More