Author It's On Editorial 216 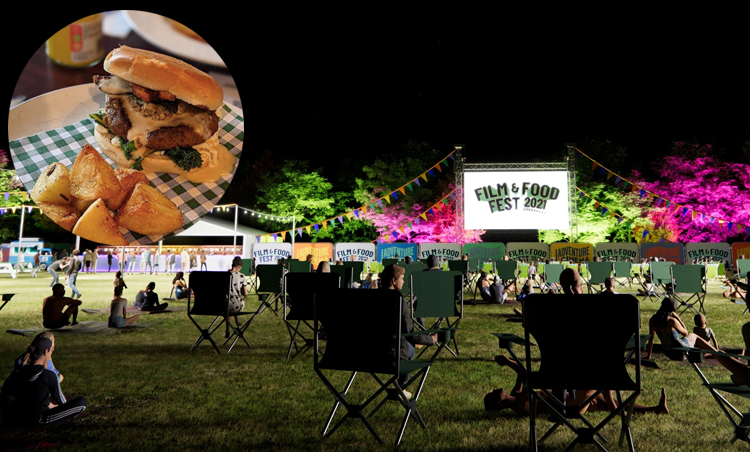 Following approval from the Welsh government, Film & Food Fest 2021 will be launching in Cardiff’s Bute Park this Thursday (17th), making it the first large-scale event to take place in Wales since the easing of restrictions. 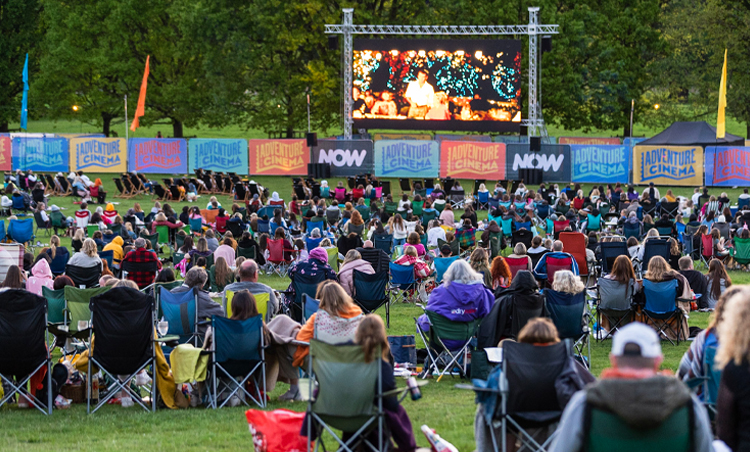 Following approval from the Welsh government, Film & Food Fest 2021 is set to launch in Cardiff’s Bute Park from 17th June, making it the first large-scale event to take place in the country this year. The socially spacious touring festival – from outdoor cinema specialists Adventure Cinema – will feature four days of classic movies and recent blockbusters, mouth-watering street food from some of the city’s finest traders, live comedy from Eshaan Akbar (Mock the Week, QI) and a short film showcase, with works from Welsh independent filmmakers. Film & Food Fest will then be visiting 14 other UK cities later in the summer, including Swansea (8th – 11th July). The ultimate summer stay-cation, adult tickets start at £16.50 + booking fee. For afternoon showings, children 12 years and under go half-price (plus booking fee). For more information, visit filmandfoodfest.com. 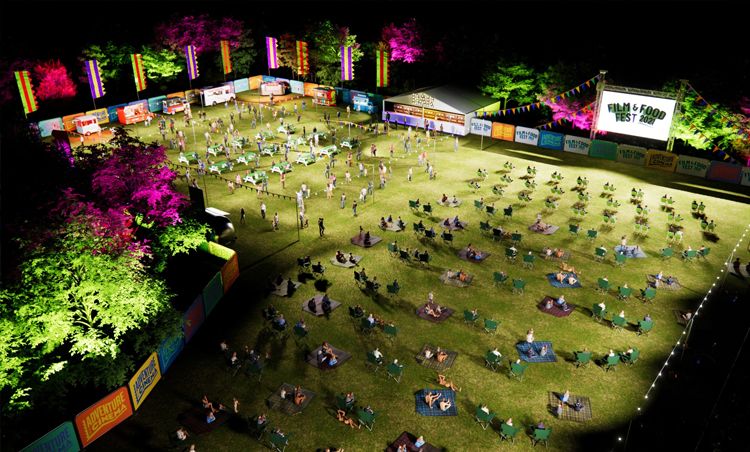 Saturday and Sunday afternoons at Film & Food Fest are reserved for fantastic family films, and in Cardiff that means a Sing-A-Long screening of blockbuster musical The Greatest Showman (19th June) and a showing of Steven Spielberg’s adventure epic Jurassic Park (20th June). On Friday, Saturday and Sunday evenings, the festival will be showing three great films (Grease, Joker, Jojo Rabbit), all preceded by a live set from comedy host Eshaan Akbar, known for his hilarious turns on Frankie Boyle’s New World Order, Mock the Week and QI.

For those looking for something a little different, the first night of Film & Food Fest (17th June) will feature a special showcase of short movies from some of Wales’ finest independent filmmakers, giving audiences an exclusive chance to see some fantastic new cinema. This includes Nomads, a spectacular Welsh surfing meditation from director Jonny Campbell, and Showdown, an award-winning film about isolation directed by Kristian Kane & Lewis Carter. £2 from every ticket sold for the short film night will be used to support Iris Prize, a charity that champions amazing and important LGBT+ film via its Cardiff-based film festival and awards ceremony. Involuntary Activist, a powerful short-film by former Iris Prize winner Mikael Bundsen, will also be screened as part of the Film & Food Fest’s short film showcase. 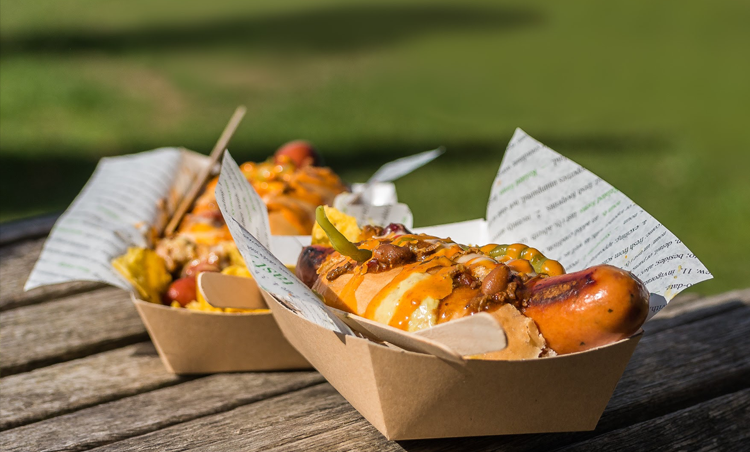 Of course, Film & Food Fest wouldn’t be complete without mouth-watering street food from some of Wales’ finest traders. With a lineup curated by Street Food Warehouse and featuring The Falafel House, Handmade Pizza Co, Chock Shop, Blakes Popcorn and many more, guests can expect everything from gourmet burgers and bruschetta, to crepes and caramel ice-cream. The festival will also feature a dedicated bar, serving great beers and bespoke cocktails. Gates will open up to 3 hours before each film starts, to ensure visitors have plenty of time to enjoy!

Film & Food Fest is powered by Adventure Cinema, a touring outdoor cinema company formed by welsh brothers Ben Lovell and Mark Thompson in 2019. The company is now the biggest of its kind in the UK, with a planned 250+ events in 2021, at over 100 venues across the country.To ensure the safety of its events in Cardiff and elsewhere, Film & Food Fest will be taking place exclusively in socially spacious, outdoor venues across the country. There will also be other measures in place, meaning the festival will be 100-per-cent compliant with government safety guidelines.

The ultimate summer stay-cation, adult tickets start at £16.50 + booking fee. For afternoon showings, children 12 years and under go half-price (plus booking fee). For more information, visit filmandfoodfest.com.Ticket holders will be offered a 100% money-back guarantee should anything mean that the events cannot go ahead.Movies being shown on the tour include: The Greatest Showman, Joker,  Harry Potter & The Philosopher’s Stone, Grease, Dirty Dancing, The Lion King, The Dark Knight, The Goonies, Pretty Woman and many more.

Author Harvey Jones 103
Spoil your mum this mother’s day and get into her good books by taking her to one of these fabulous venues in Cardiff. Ameseour...
Read More

Mermaid Quay is getting a major refurbishment.