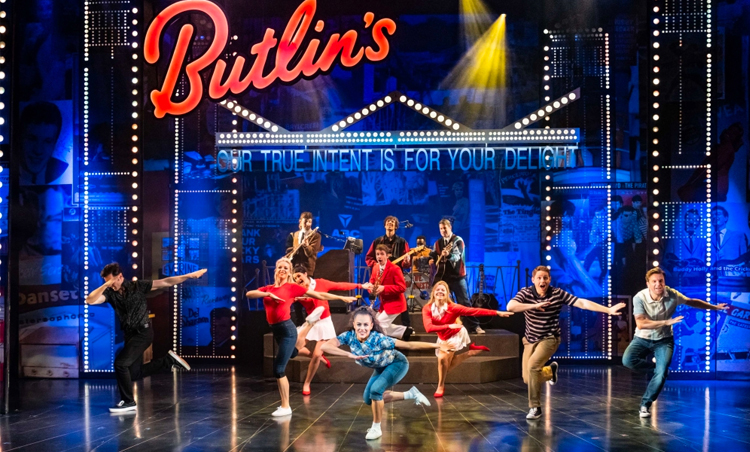 Dreamboats and Petticoats is Bringing On Back The Good Times!

The smash hit musical is bringing back the good times once again, crashing into Cardiff this week with more hits than you can count! With a large ensemble cast of musical veterans, a live onstage band, and sixties legend Mark Wynter you can’t really go wrong!

Following on from the original story the fourth instalment in the Dreamboats and Petticoats saga continues to follow the story of Bobby, Laura, Norman, Sue, and the Gang as they pursue a musical career. The jukebox musical originally began its extensive UK Tour and West End run in 2009, after the unexpected success of the compilation CD of the same name. A story adapted to the music of the album was quickly written by legends Laurence Marks and Maurice Gran to fill a niche in the market for older audiences to relieve the music of their teenage years. After huge critical and commercial success, the show was given a sequel run with Dreamboats and Miniskirts, then again with The Christmas Party, and now finally with the latest run Bringing On Back The Good Times. The return of the show is perfectly timed for a comeback, once again catering to an elderly audience who have just spent the last couple of years away from the theatre due to the pandemic. But they’re back now and ready to once again relive their youth and sing along to a boat load of classic hits.

Featuring the songs of Roy Orbison, Eddie Cochran, and The Walker Brothers to name just a few, the music is nonstop throughout as the cast encourage as much audience participation as possible. The audience did not need much encouragement to join in as they clapped, tapped, and sung along with the cast right through to the final crescendo. All the songs were played to perfection by a full band of incredibly talented musicians, most of which were dancing along with the actors as they played! Its always a joy to see a live band as part of the show but this took it to a new level. For a musical with its roots in live performances and the high energy of sixties music, it was wonderful to see such an emphasis being put on the band who absolutely played their socks off.

The whole cast were superb, but some particular highlights have to include the leading duo of Bobby and Laura, played by David Ribi and Elizabeth Carter, who is a veteran to the role and has played Laura on the UK tours through her story in the multiple instalments in the saga. Their chemistry brought the show together. The legend that is Mark Wynter was also a joy to see on stage, as was relative newcomer Samara Clarke in the role of Donna who delivered some of the most powerful solos of the whole show. The energy of the whole cast was off the scale, especially for Monday night! I’m certain this can only build as the run continues at The New Theatre through the week.

Overall, Dreamboats and Petticoats was exactly what you’d expect from a musical love letter to the swinging sixties. And it was really heart-warming to see a show cater directly to a generation of music lovers, who let’s face it have had a tough couple of years. So, whether you’re looking to relive the glory days, or discover a new era of music then this is the show for you.

FINALLY THE WWE IS COMING BACK TO CARDIFF!

The Semi Final Welsh team has been announced

May Day Pop up park at Mermaid Quay