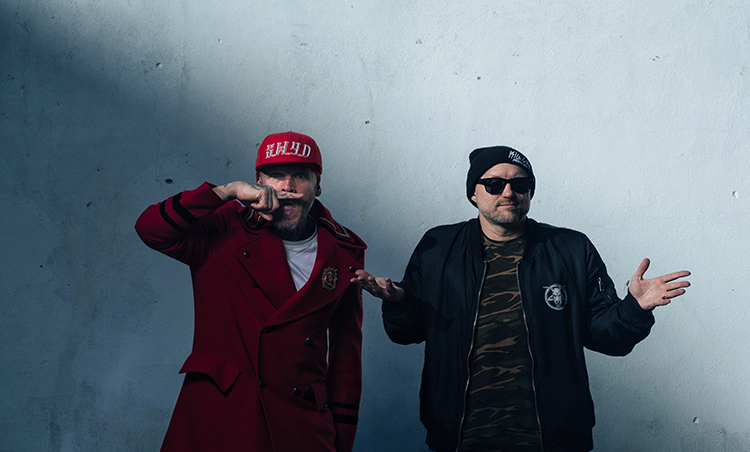 Dainton from Dirty Sanches is getting hitched and we’re all invited!

Lee Dainton from Dirty Sanchez will soon be getting married after proposing to long-term partner ( 22 years )  Amy Vaughan during a surprise 40th birthday party last year. As you can imagine, a stag go with the Dirty Sanchez boys is not going to be any old night out. You’re probably imagining what sort of shenanigans they’ll get up to? We dread to think! Well, now you won’t have to imagine it because Dainton is inviting fans to his stag do!

15 years on from the original Dirty Sanchez series, Matt Pritchard and Lee Dainton are hitting the road to share all the behind the scenes stories and secrets from the most successful and shocking show to air on MTV, whilst also answering your questions

The pair will be reminiscing about the show with clips, outtakes and audience Q&A to ask them anything about their time on the road.

Dainton also revealed he is soon to get married back home in Cwmbran later this summer and decide to combine the show’s afterparty and pending stag party in one Sanchez style shenanigan.

Dainton extended the invitation  to all Sanchez fans during a recent Instagram video. He said that in order to be invited to his stag do, all you have to do is buy a ticket for the Dirty Sanchez 15 year anniversary gig in Tramshed on 27th July.

Maybe the boys are finally growing up! – Jokes