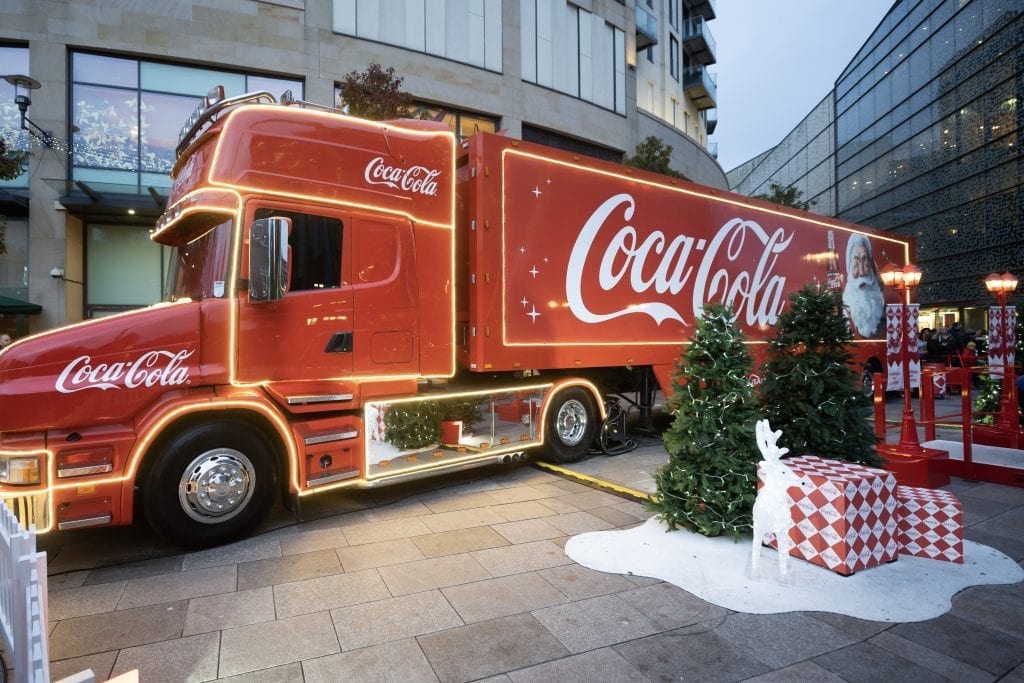 Another Christmas tradition is making a return this year, the Coco-cola Christmas truck will be stopping in Cardiff.

Coca-Cola will be hit the road again with its Christmas Truck Tour visiting cities and towns across Great Britain, starting right here in Cardiff!

As well as bringing that festive cheer, in 2019 the truck raised funds for Crisis, with Coca Cola donating 10p to the homelessness charity in exchange for every can placed in their recycling bins throughout the tour.

The tour was cancelled last year for the first time in 10 years, but the tour is back for 2021. Spreading lots of Coca-Cola magic the star of the ‘Holidays are Coming’ adverts rolls into town allowing visitors to have their photo taken with the big famous truck.

The big red truck will be arriving in Cardiff Friday 15 and Saturday 16 December : 49 The Hayes, St David’s Dewi Sant, Cardiff