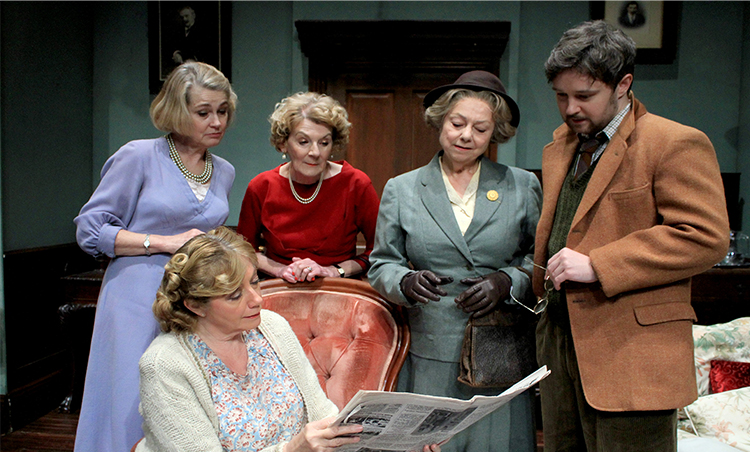 Prepare yourself for another classic Christie caper Cardiff! Miss Marple returns to tread the boards of the New Theatre this week with A Murder Is Announced. It zigs and it zags; throwing you off the scent more than a bloodhound that’s down-wind of a burger van! If you’re into your old school mystery drama then this is the one for you, and maybe your valentine if you’re planning to start your weekend with a bang… literally.

First off, this is a classic whodunnit. You’ve got the ultimate setting for one; a country house on Friday the 13th with a collection of oddballs and strangers. This is Christie’s prime setup and it allows for a lot of fun interactions between the actors on stage. They all bounced off each other quite well and moved around the stage with clear fluidity and practice. The stage itself was well built and did give the feeling of being transported into a classic Miss Marple tale. Much like Agatha’s other great stage show ‘The Mousetrap’, the whole show was set all in one room, with plenty of props and settings to play with.

If I am honest though there were some questionable accents in this play. I had a running theory that depended on one character having a Scottish background. Unfortunately, I was on the completely wrong path and it turns out they just needed a bit more practice at their early 1950’s soviet accent. Other than that the whole cast was really great. In particular Barbara Wilshere’s ‘Letitia’, and of course the starring lady herself; Sarah Thomas’ ‘Miss Marple’. They had a good presence on the stage that allowed the other characters to bounce off them and really enjoy a scene. 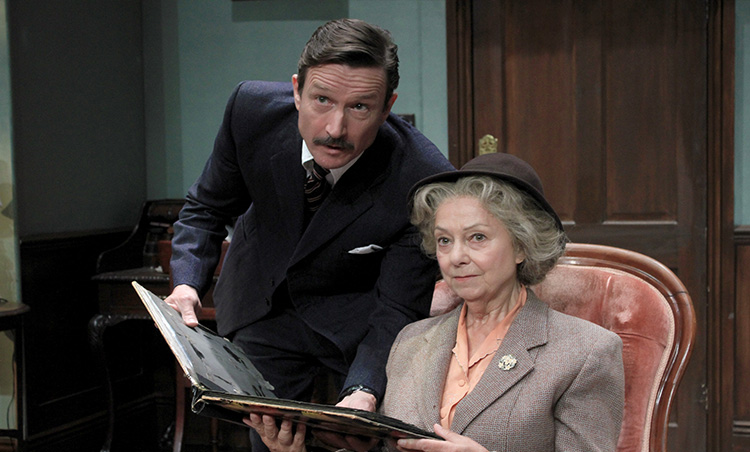 The things that really made this play enjoyable though are elementary. It followed the classic rules of a good murder mystery… Number one, it had a dry and slightly morbid sense of humour. It is what we’re used to after all, what with Midsummer Murders, Miss Marple and A Touch Of Frost; we’ve all grown up on our favourite detectives making dark puns and this play follows the rule. Number two, there are a ton of red herrings and plot twists. We all like to play the armchair detective but ultimately a whodunit that we solve in the opening scene is not that satisfying. Luckily this keeps you guessing through to the end. And thirdly, you’ll be pleased to know the murder is actually solvable (with some hindsight perhaps). There is nothing worse than a detective story that you cannot possibly untangle on your own. A Murder Is Announced may twist and turn more often than the Barry Island log flume, but at the end of it all it does leave you yelling that satisfying phrase “ah of course!” which is very important in mystery stories. 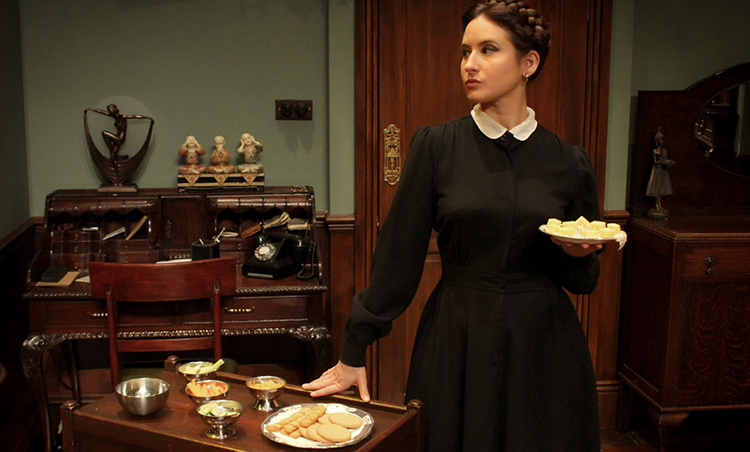 Overall, this one gets 3 and a half murders out of 5 announcements from me. I may have told a white lie and actually, it was the person next to me saying the “ah of course” line, I was actually a bit confused towards the end and needed a bit of explanation. I thought everyone performed very well but I kind of wanted the pieces to tie together a bit neater. Still worth a watch though, if only to see if you are less of a doofus than me and can figure out whom the killer is ahead of Miss Marple!