Author It's On Editorial 362 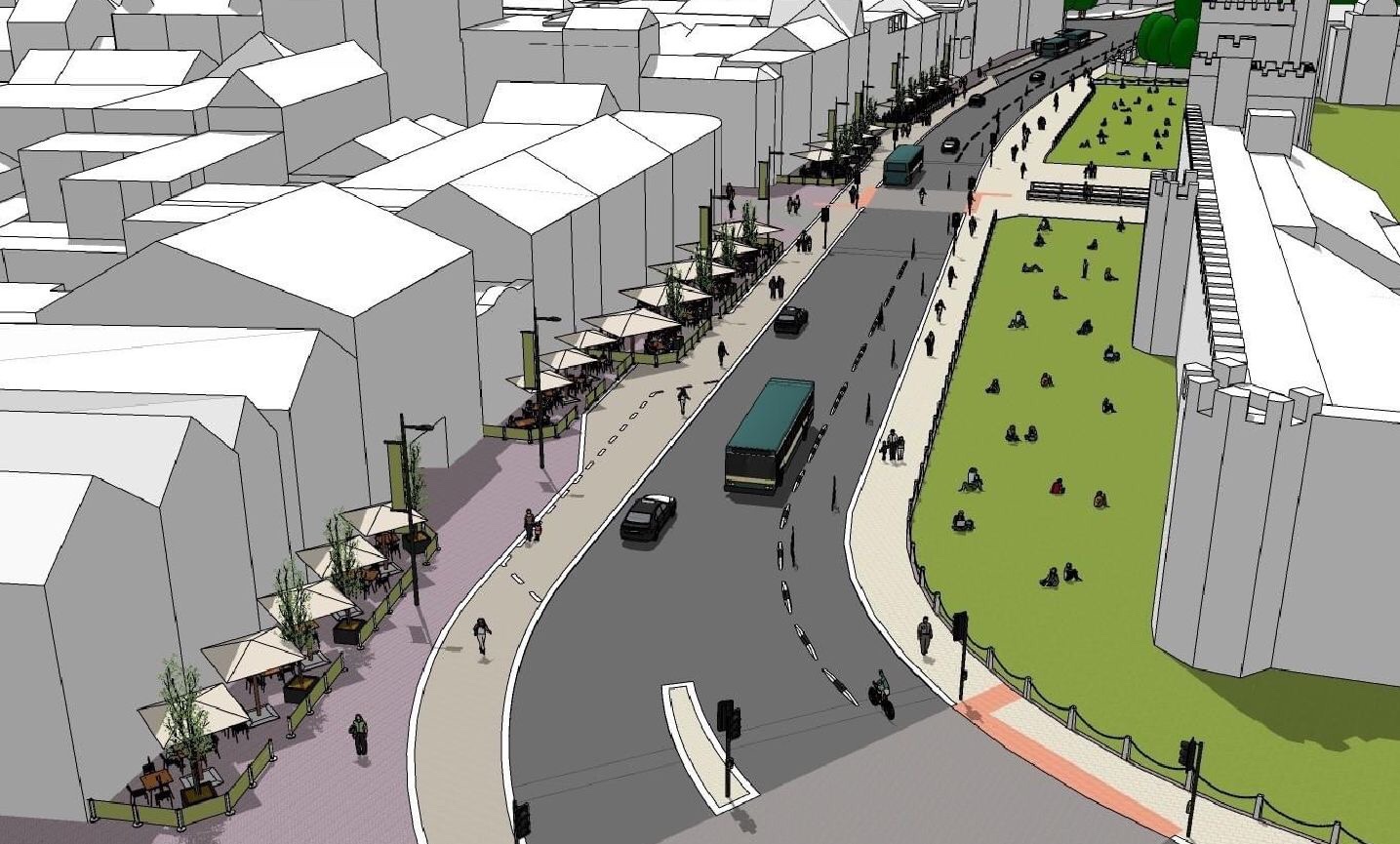 The Council is considering re-opening Castle Street to buses, taxis and emergency vehicles as a temporary measure while a public consultation is held on the future of the thoroughfare.

The proposed re-opening – which may be ready by mid-November – will help buses and taxis cross east to west and west to east.

This temporary design will seek to ensure that the pop-up cycleway – which will run from Leckwith Road up Newport Road to the junction with Broadway – will be retained throughout the public consultation.

The temporary measure under consideration may include a pavement alongside the shops and bars opposite the castle extended into the road to give a wider walkway for people to socially distance. It could also create an opportunity for hospitality businesses to have more space outside their premises to trade.

Under the proposal, Castle Street could then contain two lanes for buses and taxis to travel east and or west, and the pop-up cycle lane by the castle would remain.

It is anticipated that the proposed scheme could bed-in before the Christmas season begins.

Cllr Caro Wild, Cabinet Member for Strategic Planning and Transport, said: The Council recognises that the closure of Castle Street has divided opinions, with strong arguments being made in favour and against the changes that have been implemented in recent months.

“Alongside a detailed modelling exercise on future traffic flows, we will undertake a comprehensive consultation exercise, involving city centre businesses, local residents, and citizens across Cardiff, to help determine the final plan for the street.”

Cardiff Council is monitoring congestion and air quality across the city centre. It will undertake detailed modelling on any long-term plans, which will help determine if any additional mitigations are required in neighbouring wards.

People of Cardiff are extreme!