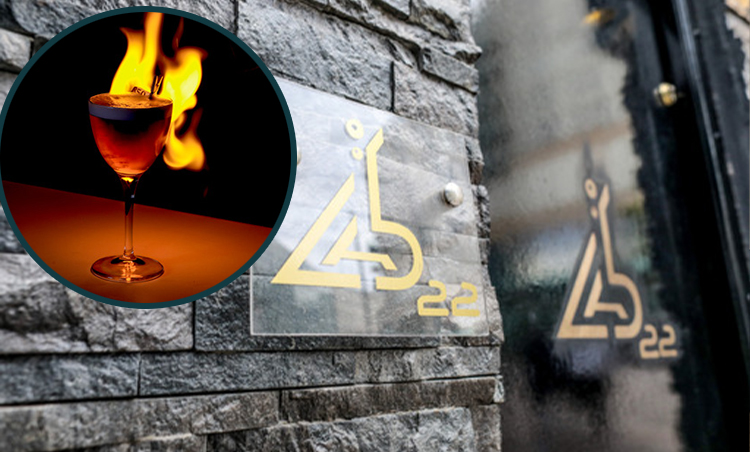 A Cardiff cocktail bar has been named as a finalist in the Best cocktail menu in the world competition, run by in the 50 world’s best bars organisation.

Cardiff’s Lab 22 on Caroline Street – described as a “molecular cocktail bar” known for its creative and innovative drinks – are down to the final 5 bars in the annual competition.

Having already been named in the top 50 bars in the world, the creative cocktail bar have their sights set on the top spot in the cocktails menu awards.

The World’s 50 Best Bars awards ceremony, taking place on 7th December in London, will see the announcement of the inaugural Siete Misterios Best Cocktail Menu winner. After assessing hundreds of entries from across the world, today the shortlist of five bars in the running to lift the title is announced…

In a first for the 50 Best programme, an award that celebrates the brilliance of an individual bar’s cocktail menu will be announced to the world. Judging for the Siete Misterios Best Cocktail Menu has been taking place for the past three months, with 190 bars from 43 countries submitting their menus and supporting materials to be assessed by 50 Best and its Academy Chairs from across the globe.

Bars are evaluated on five key areas of the menu’s production: Design and Layout; Storytelling; Innovation; Range of Drinks; and Sustainability. They also each drafted a statement that addresses these criteria as well as provide any research and development materials that informed the menu’s production. The menu has to be available after the winner is announced on 7th December, so guests are able to sample what will be named The World’s Best Cocktail Menu.

Bar owner Tani Hasa said – This is an incredible achievement for the team and venue to be recognised amongst the finest bars in world. It’s truly humbling to be amongst such prestigious company from around the world. We wouldn’t be here without the support of all our guests and regulars, so a massive thank you to everyone who has come in and supported us!

Each cocktail is based on a different ‘theory’ or ‘frontier’ expressed in either the ingredient choice or the serve itself. Minimalism is the focus – no superfluous information adorns the page and extra scientific information about the processes behind the drinks is available via a QR code. A hugely innovative ‘decision tree’ flow chart concludes the menu, which supports fellow local hospitality businesses and helps guests decide which bar, club or restaurant they should visit next.