Author It's On Editorial 417 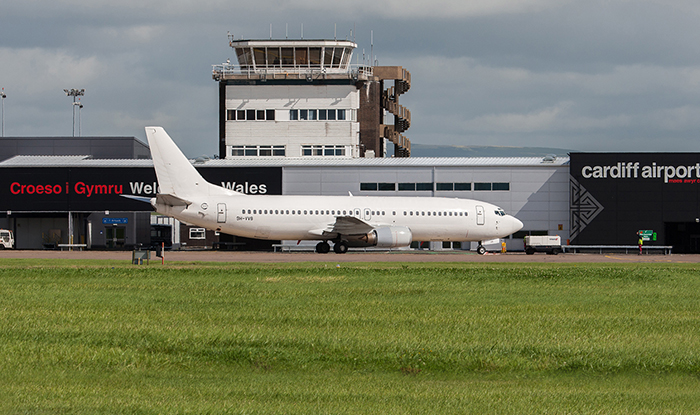 The national airport for Wales has reached the next exciting milestone in its journey of transformation, with over1.5 million customers now choosing to fly from Cardiff.

The growth is the result of new and existing airlines offering an increased choice of destinations, more seats and improved flight times with greater value for money.

May has already seen some significant developments at Cardiff Airport, including the official launch of Qatar Airways’ new regular service to Doha, Qatar on May 1st. This 5* airline will connect customers across Wales and the South West of England to the Middle East and create connections to more than 150 destinations worldwide including Australia, New Zealand, Africa and Asia – all on board a stunning Boeing 787 Dreamliner.

The 16th of May is also a significant milestone for one of our longest serving airlines, KLM, who will celebrate 30 years of flying customers between Wales and Amsterdam Schiphol airport, acting as a key hub for passengers flying onwards to destinations across the world. Now flying up to three times a day, the airline has recently increased its capacity with the introduction of a larger, super-efficient Embraer 175 with a capacity of 88 seats and a 100 seater Embraer 190.

Flybe, Europe’s largest regional airline, is also enjoying continuing success in Cardiff. With three aircraft now based at the Airport, Flybe’s base is now in its third summer of operation, and regularly flies customers to 17 destinations across the UK & Europe plus a further four destinations with its franchise partners. New routes recently added include the Italian city Venice.

To reflect Cardiff Airport’s commitment to delivering the best possible customer experience, the new-look Departure Lounge was unveiled recently which includes a new Costa Coffee, WH Smith and 51° Executive and Business Lounge, all within a bright and airy space overlooking the airfield.

The highlights supporting this exciting passenger milestone include:

Deb Barber, CEO of Cardiff Airport, said: “Hitting this important milestone – 1.5 million passengers – demonstrates the contagious confidence we have been working hard to build over the last few years. On behalf of the Cardiff Airport team, I would like to thank our valued airlines and customers for making use of our facilities and supporting the business over the last twelve months.

“Our existing airlines are recognising the growth by adding more choice and capacity, while new airlines have come on board, including a 5* middle-eastern carrier, Qatar Airways, which changes the face of travel for our customers across Wales and the South West.

“Cardiff Airport is proud to fly the flag for Wales, with over 50 direct destinations available, including access to 11 hubs and 9 capital cities. We have invested heavily into the customer experience, having improved our facilities and infrastructure and look forward to welcoming more people over the busy summer months ahead. 2018 is shaping up to be a transformational year with double digit growth projected.”