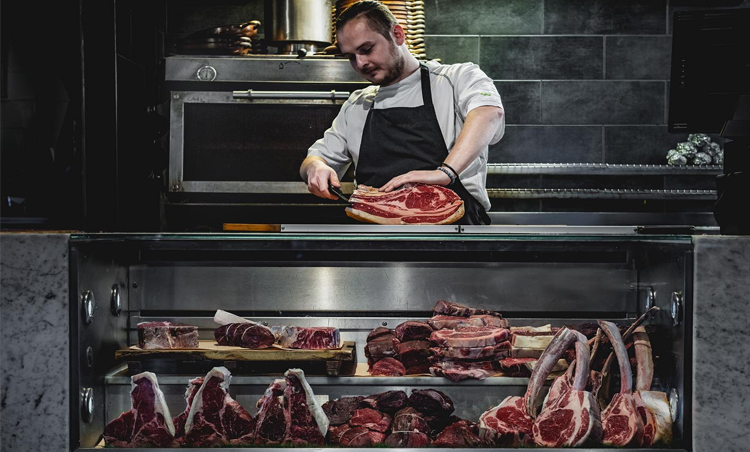 The nights are drawing in and the weather has taken a turn. But that won’t stop any of us looking for a delicious corner of the Cardiff food scene to hunker down in and enjoy some winter warming meals and drinks. We’ve compiled a list of the top new bars and restaurants opening in the city centre this Winter season!

Whether you’re after a sophisticated dining experience, a casual winter vibe or a hopping party scene, we’ve got you covered with the best new places in town.

Situated in the heart of the city where Mill Lane meets The Hayes, the buzz around the opening of The Ivy Cardiff could not have been bigger. They will be open from dusk till dawn, seven days a week, throughout the winter season and beyond. The extravagant restaurant is spread across two floors with an ornate centrepiece bar on each; providing classic British and internationally inspired dishes and drinks.

After successfully running one of the most exclusive and celebrated bars in the world for over a century; it’s clear to see The Ivy group are ready to bring their experience in fine dining to Cardiff. Absolutely one for getting your Gladrags on and seeing out the winter season in style.

Better warm up your dancing shoes for the opening of this one! The long-awaited Jack Russell’s Irish Bar will be popping up in three locations around the city! The first is also moving into Whitchurch village and will be open just in time for Christmas. Their main goal is to bring authentic Irish tradition to Cardiff with live music, classic food like Boxty and premium drinks which will be flowing into the early hours. Their first site will also have a fully heated roof terrace, so you can enjoy the Wintery weather while doing the Irish jig to your hearts content.

If perhaps you’re after something more homely then why not try out The Juniper Place. It’s settling right at the top of High Street just next to the castle. It will offer a range of gourmet pub classics like fish and chips and steaks, but also comes with options for afternoon tea and Sunday roast.

For two years Swansea has loved this all-round foodie paradise, complete with in house Gin distillery, and now it’s finally Cardiff’s turn. They pride themselves on catering to all tastes and diets in an artisanal setting. Definitely a good place to cosy up in, after a long day of hunting for the perfect gift in the arcades.

Fancy something a bit more exotic? Then try the second Santiagos tapas restaurant opening in Whitchurch. Their blend of Spanish and Cuban cuisine in the city centre has made them an instant favourite. So much so, they’ve already opened up another shop in the heart of the competitive Whitchurch village. This family-run business is ready to turn up the heat and bring a genuine Latin dining experience to warm us up on those cold Welsh nights. Offering tapas, paella and traditional Latin Postres (desserts), you cannot go wrong

Squeezing in just next to the new Cosy Club in Mermaids Quay, Hubbox is bringing American inspired ‘casual dining’ to the Bay. After being a hit success across the South West (of England. Not quite as Wild West sounding when you add that bit); this will be the first Hubbox in Wales. These guys are perfect for your flavour-of-America fix, with inspired street-food, double-fried fries and craft beers. They also bring a big range of cocktails that fit nicely in your hand when you’re looking to chill out in the winter months. The casual beach-style vibe is a welcome addition to the Bay really brings the good times to Cardiff. I can’t wait to see how they adapt to all seasons and bring the summer lovin’ vibes all year round.

Another classic American style street-food vendor is popping up in the city this winter. Franks Hotdogs has made quite the splash at its opening in Cardiff’s Indoor Market. All of their meat-based dogs are made from outdoor reared Gloucester Old Spot pork, with veggie dogs available. Combine this with the classic New-York sides that you’ve seen on all the movies, and you got yourself a pretty dam tasty dog. This can only add to the magical setting of the indoor market over winter, and with more late-night openings planned, you can really see Franks quickly becoming a welcome part of one of Cardiff’s most beloved attractions.

Based in Torfaen, South Wales, Brew Monster have been making monstrously good cask ales for only two years but they’re ready to make a big name for themselves in the city this winter. After winning countless awards and running a hugely popular taproom out of their brewery in Cwmbran, the local brewing legends will be a fantastic addition to High Street right opposite the castle. Cardiff already has such an exceptional brewery scene and this looks to be the latest you can add to your ale-trail when navigating the city in search of hoppy goodness.

Meat lovers unite for third and final new opening on High Street this winter. Pasture has previously been described as ‘Bristol’s bovine inspired temple of meat’ and that’s exactly what we hope it will bring to the fit to burst foodie scene of Cardiff. This restaurant comes with a sprinkling of theatre with its signature House Cuts experience brought live to the table. With a seemingly endless 5-star review history on TripAdvisor and the tagline of ‘Fire, Meat and Music’, how can you not be chomping at the bit to try this love letter to meaty goodness?