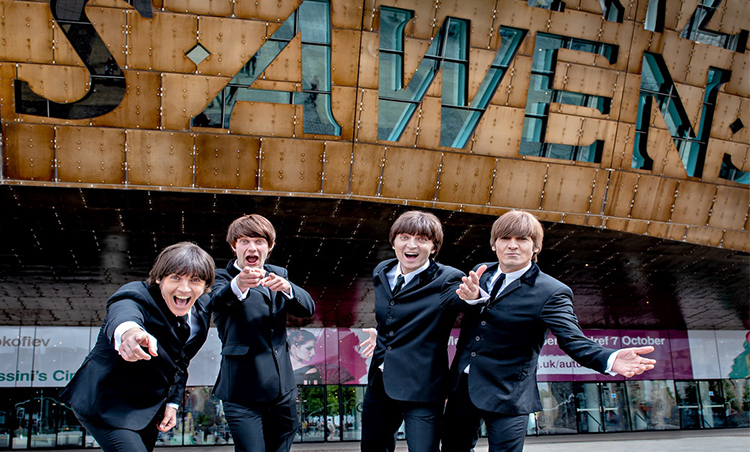 More than fifty years after it first struck, Beatlemania is gripping Cardiff all over again this week. Let It Be, the critically acclaimed West End show, opened at the Wales Millennium Centre last night to a delighted audience.

The show, which is staged as a series of live performances from the Beatles, features all of the band’s greatest hits, in a career-spanning set that charts their rise to global superstardom.

The first half of the show start with their performance on the Royal Variety Show in 1963 and takes us through to the band’s eventual break-up, playing a stream of classics including She Loves You, Twist and Shout, Come Together and Here Comes the Sun. 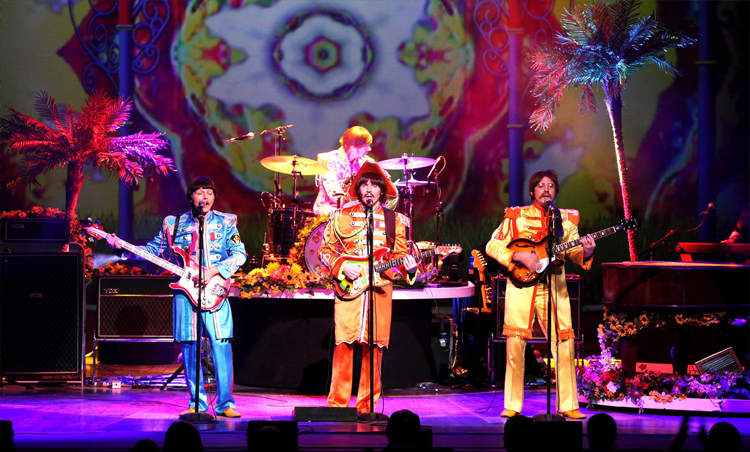 The second half we ‘imagine’ what a Beatles reunion would have been like had it taken place in 1980. This part of the shower mingles a string of the band’s best late-era songs, like Let It Be, with some of the their most famous solo efforts, such as Got My Mind Set on You, My Sweet Lord, and Imagine, which remains as hauntingly beautiful as ever.

This really is a treat for Beatles fans and fans of music in general, young and old. There is no narrative as such, the production simply lets the music speaks for itself, and when the songs are this good that’s all they need to do. Everyone was at their feet and singing along by the time the show ended with a hair-raising rendition of Hey Jude, and each band member was superb, sounding uncannily like the real thing. All in all, a wonderful evening.