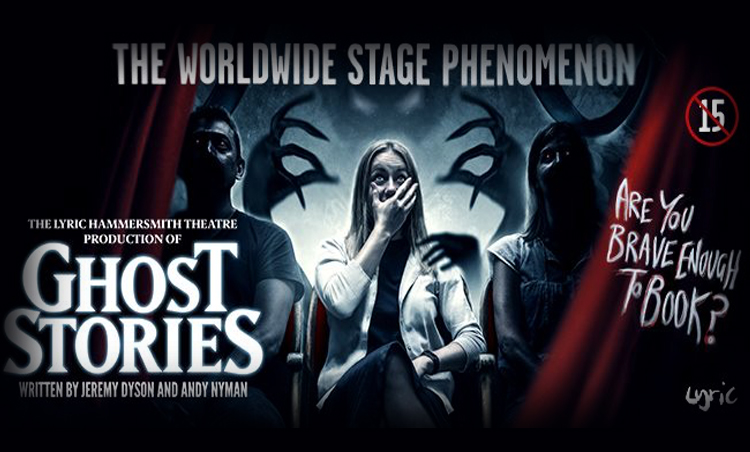 After achieving a sell-out West End run and adaptation into a major motion picture, Ghost Stories is touring the UK for the first time ever. Prepare yourself for a white knuckle, edge of your seat, horror phenomenon Cardiff! Here to haunt the New Theatre until Saturday night is the bone-chilling scariest play in the UK today. I went to the opening performance and let me tell you, this one is in equal measures terrifying and spectacular. Are you going to be brave enough to book? Maybe read this review first to find out if you’ve got the minerals.

First of all, there are a few ground rules going into this show: you must be 15+ to attend, there is no interval, and if you leave the auditorium then you will not be allowed to return. In layman’s terms, it’s really bloomin scary and definitely not for the faint-hearted. I was told all this before attending and in hindsight, I was quite sceptical. Even after half an hour of scares, I thought I was holding up quite well. But let this be your final warning: I’ve never jumped so much at anything to make me yell out loud before. For those of you brave enough to give it a try, good luck to you.

Everyone in the show tonight was sensational. The suspense built by not only the haunting sets and sounds was capitalised on by the professional cast. Joshua Higgott as Professor Goodman was on absolute top form tonight and provided a performance that will stick with you long after you’ve stopped shaking from the initial scares. But that’s not to say that this play is just spook after scare for 90 minutes; there is a surprising amount of dry humour which managed to land with the audience each time. Although, in hindsight that might have been just to lull you into a sense of ease so they could get more of a jump out of you later.

The stage itself was put together with the experience of a professional West End show. It was haunting to look at and was utilised so well in each of the scenes. If I’m honest in this review though, it is difficult to mention anything without giving away spoilers! Everything about this story has been protected to preserve its impact on first viewing, even down to the pretty ambiguous poster. So I’m quite reluctant to reveal even an element of this story.

That being said I will leave with a few key points that may sway you if you’re on the fence. If I haven’t already made this clear, this play will scare the bejeebus out of you. But not only is it terrifying, but it is also an intricate narrative event that provides psychological thrills, with a great cast and tight-knit production. And if I haven’t said once or twice before, THIS WILL SCARE THE HECK OUT OF YOU!

Overall, I’m going to have to give this show a solid 5 ghosts out of 5. It achieves horror perfection in its 90 minutes of dread. It totally makes avoiding drinking anything for a few hours before worth it; mainly so I could sit through the whole show comfortably with my weak bladder, but also so I didn’t end up peeing myself.

Here’s what to expect

Green Man Festival has been cancelled due to coronavirus