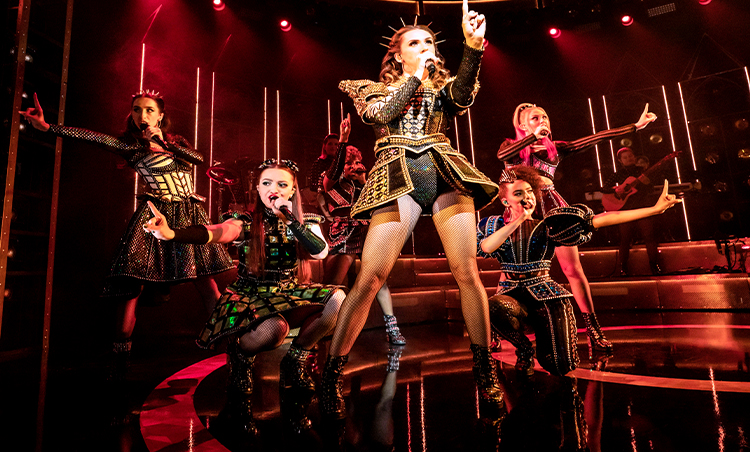 Get your tickets in for the best musicals coming to Cardiff

Are you ready for a singsong and dance to the best West-End and Broadway musicals this summer? Luckily for you, we’ve listed the top musicals featured in the Wales Millennium Centre, the New Theatre, the Sherman Theatre, and St David’s Hall, all featuring the incredible star-studded casts, so that you get the first look in!

Starting with the Wales Millennium Centre is OI Frog and Friends! A silly and goofy, child-friendly musical featuring fun animal characters. Sit and watch as Cat and Dog tease one another and get into all sorts of trouble alongside Frog, who just wants to find a little peace and quiet. Expect songs, puppets, laughs, and lots of rhymes.

SIX is a modern retelling and a sassy twist on the historical Tudor story of Henry VIII’s six wives. The show brings in a little girl power and encourages the six wives to tell their side of the story. Is it revenge? Are they back with a vengeance? Get your tickets to find out!

As school is officially ‘out all Summer,’ what better show to see in the Wales Millennium Centre than Andrew Lloyd Webber’s West End and Broadway hit musical School of Rock. The Jack Black classic will be taking the stage to bring you your 2000 rock ‘n roll throwbacks and have you head-banging and throwing your fist in the air to the singalong songs.

Award-winning musical Disney’s The Lion King  will be putting on a breathtaking, tear-jerking spectacle as they play out the childhood classic story along with the powerful 1994 soundtrack that we all know and love. Tissues at the ready- this is an emotional one! The show will be on stage from 8 July till 27 August. Described as ‘simply nothing else like it’ by The New York Times, it’s certainly not one to miss out on!

The all-time favourite, Joseph and the Amazing Technicolor Dreamcoat featuring Alexandra Burke and Jac Yarrow, will be dazzling on stage in rainbow colours and glitter in the New Theatre from 3 May till 7 May. Ticket prices start at £24.

Get your leather trousers out and your air guitars ready for the award-winning smash-hit Rock of Ages at the New Theatre. Prepare to rock your socks off with an excellent cast starring X Factor champ Matt Terry and Coronation Street’s Kevin Kennedy. Dates: 17 May till 21 Tickets start at £15.

Award-winning Broadway and West End show, Beautiful – The Carole King Musical, will be in the New Theatre from 24 May till 28 May. Tickets start at £17.50.

The ’80s classic and much loved feel-good dance movie Footloose will have you up on your feet and getting into a groove at the New Theatre from 30 May till 4 June. Ticket prices start at £14.

Gemma ‘The GC’ Collins, Faye Brookes, Lee Mead, and Djalenga Scott star in the fabulous musical Chicago. The show will be held in the New Theatre from 20 June till 25 June. Ticket prices start at £18.

The 70’s disco show that everyone is talking about, Lost in Music, will be on stage in the New Theatre on the 16 July. Ticket prices start at £33.

If Abba is more up your street, Thank You for The Music is on stage at the New Theatre on 5 August. Tickets start at £32.

The Magic of Motown will be setting the vibes in the New Theatre on the 7 August. The prices start at £33.

Last but not least, The Cher Show will be in the New Theatre from 23 August till 27 August. Tickets start at £20.

Violet is an on-the-edge-of-your-seat type opera show featuring the main character Violet who is put in an out-of-the-ordinary, life-threatening situation. Date: 8 June. Tickets are priced from £10 – £25.

If you’re after a giggle, RuPaul’s Drag Race Winner Jinx Monsoon stars in Jinkx Monsoon & Major Scales, Together Again, Again! The story tells of a fame-hungry duo who battle talent and long-standing grudges. Date: 10 June. Tickets are priced from £22.50 – £47.50.

Sunday in the Park with George is a musical that explores ‘love for those around us and the desire to create.’ Dates: 29 June till 6 July. Tickets are priced at £18.

Sing the Musicals is a star-studded array of old and new musicals all in one show. The musical will be in St David’s Hall on 2 July. Tickets start at £18.

Author It's On Editorial 531
Amongst all the huge sporting events taking place Cardiff is seeing plenty of new restaurants, cafes and businesses open of late. It seems as...
Read More

Author It's On Editorial 575
It’s no secret that Cardiff loves a burger, no secret at all and we’ve got some of the best independent burger joints to choose...
Read More